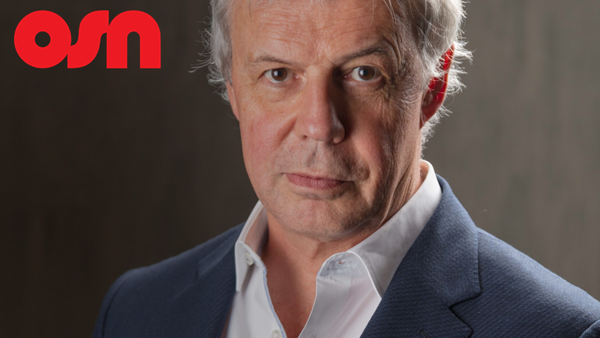 OSN has today announced the unveiling of its new streaming service available on osn.com and OSN mobile and tv apps. Featuring a fresh new brand identity and the largest entertainment content ever, OSN brings an unrivalled offer of quality content though its channels via cable and satellite, and on-demand via its streaming app.

The new brand identity is reflected in an elegant new logo underscoring the new dynamics of the company as well as consolidating the robustness of its brand since its inception in 2009. The previous WAVO streaming app will disappear and be replaced by a new OSN app. The app will gradually update periodically to add an array of new features to provide an easy user experience.

As the region’s leading entertainment business, OSN has secured unique and exclusive rights for both its traditional pay TV channels and its new digital streaming platform. The company renewed its content partnerships with the biggest studios in the world including Disney, HBO, Universal, Paramount, Viacom and MGM to achieve the quickest ‘first-to-air’ rights for blockbuster movies and same-time-as-US broadcast of series, such as Westworld, Killing Eve and Grey’s Anatomy. In addition, OSN brings a wide variety of exclusively curated great Arabic content, documentaries with National Geographic and Discovery, music, comedy, and exclusively the Disney Channels and Nickelodeon channels.

Commenting on the launch, Patrick Tillieux, CEO of OSN, said: “Our commitment to our loyal subscribers across the region is to deliver the freshest entertainment and original premium content from across the world by partnering with the greatest content providers and makers. We are the only business in the region that provides our customers with both OTT and linear options; putting us in a unique position to scale our content across all platforms. Today marks a new chapter in our long-standing journey in the Middle East. By launching our app and providing our quality content on-demand anywhere anytime we fully respond to what the customers expect from a great entertainment platform.”

OSN’s new streaming service will launch on the evening of 2nd of April with a monthly subscription at 9.50 USD, and new users can enjoy a 7-day free trial. OSN streaming is available on osn.com, IOS and Android mobile apps, Apple TV, Android TV and Samsung and LG TVs.