Sabbah Brothers productions will see the light in Ramadan 2020 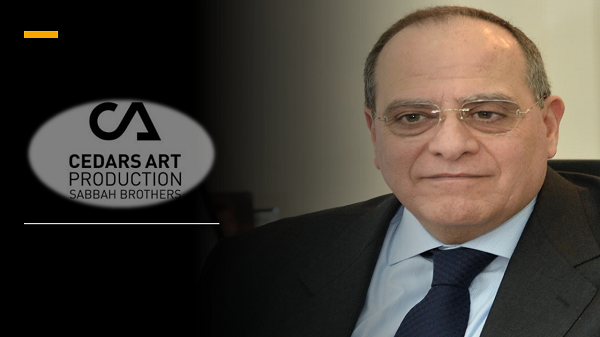 The crisis of the Coronavirus outbreak affected all sectors, especially the artistic production sector that was in a race against time in preparation for the Ramadan season. This year Sabbah Brothers Company had a lineup planned of nine television works, including eight series from Lebanon, Egypt and Morocco, in addition to a huge TV program "Ighlab Al Saqqa" starring Ahmed El Saqqa.

Due to the general mobilization procedures imposed by the Lebanese state, in addition to closing Lebanon airport and borders, most of the works’ shooting in Lebanon was suspended. Consequently, the works that were postponed during the holy month of Ramadan 2020 are the following:

- "2020" series, the remaining scenes which do not exceed twenty percent, are based in popular neighborhoods and involves crowd shots.

-The "Al-Haiba" series, despite the completion of about seventy percent of its scenes, the remaining includes a large group of actors and crowds, in addition to several open areas and military equipment.

-The series, "Aswad Fatih", was also postponed until after Ramadan, mainly because some of its cast are locked in Egypt due to airport closures.

In Morocco, the company is producing three series, from which two will be aired in Ramadan, namely “Birth Certificate” and “Salamat Abu Al-Banat”, while the third one “Awlad Al Marsa”, was postponed due to the remaining external scenes.

On the other hand, Sabbah Company has managed to complete the awaited series “Sukkar Ziada", which brings together the two Egyptian stars Nadia Al-Jundi and Nabila Abeed, in addition to Samiha Ayoub and Hala Fakher, and a large group of star guests. This work is considered one of the largest productions, the series is an adaptation of the US hit series “Golden Girls” which Sabbah had acquired its format rights from Disney World. The series will be aired on MBC Egypt and Dubai TV.

We are also following this year on MBC channels "Eghleb El Sakka" program with the star Ahmed El Sakka who is hosting thirty stars from Egypt, Lebanon and Syria.

For the projects that were postponed until after Ramadan 2020, filming will resume within a short period of time, and the timing of their airing will be announced later with the broadcasting TV stations. Sabbah will be able to start new projects previously planned for completion this year.