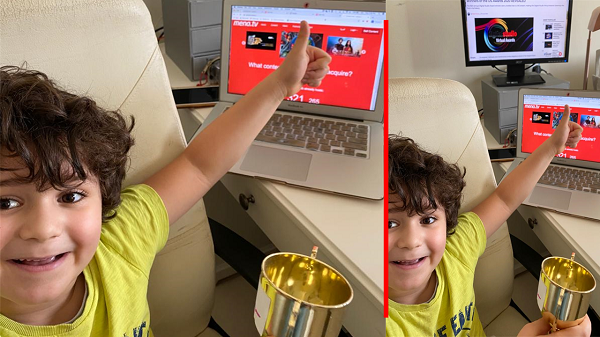 For the second consecutive year, mena.tv has been recognised by the region’s longest-standing industry awards.

The judges presented the region’s online content marketplace with the “Distributor Initiative” award on 3rd June in recognition for the platform’s growth and achievements in the past year. The 16th edition of the much-loved Digital Studio Awards was its first ever virtual ceremony, live streamed on satellite TV and digital platforms.

It was a good day for another regional start-up, with Maaz Sheikh, CEO of Starzplay, awarded Industry Executive of the Year. The SVOD success story already boasts over a million subscribers and continues to grow its user base in spite of the crowded market of global and government-backed players, making its co-founder a popular choice with industry people.

Of course, the virtual ceremony also provided an opportunity to see how lockdown is leaving hardworking industry execs looking weary and needing haircuts. The photos featured in Digital Studio offered some great examples: both Nick Grande, Maaz Sheikh and the OSN Oscars team all need to get back to the barbers soon before people stop recognising them!  By contrast, the female members of the mena.tv team were shrewd enough to put their children in front of the cameras instead (see photo above) 😊