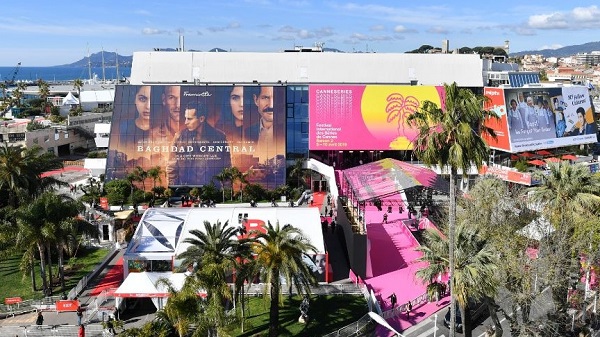 Reed Midem’s TV director Laurine Garaude admitted to industry podcast Tellycast that delegates would find a “different” MIPCOM in Cannes this year, with organisers working with industry bodies, Cannes officials and the French government to deliver the event.

Garaude, who is now working from her office in Paris again following an easement of lockdown restrictions in France, said that “Europe is doing much better now” and added that confirmation from the French government that trade events in excess of 5,000 people would be allowed after 1 September was not “a surprise but good to have.”

MIPCOM organisers Reed Midem has been working with counterparts across parent Reed Exhibitions to share knowledge around practices, Garaude added, and the event will offer a hybrid of both physical and virtual elements.

Delegates in Cannes will be met with numerous changes at the Palais, with different entrances and exits created to ensure social distancing and more club/lounge space being introduced.

Traffic flow across the exhibition hall will be regulated, conferences will be run at 50% capacity, facemasks are likely to be mandatory for all attendees, and conference halls will be disinfected after every session.

Delegates will be expected to respect a one metre social distancing policy across the venue, which Garaude said would be “rigorously” enforced, and there will also be expanded cleaning procedures across the site, with hand sanitiser widely available.

Big parties and gatherings will not take place, but Garaude said MIPCOM was looking at smaller formats “to see what can be done outside.” She added that further developments were likely, with Reed Midem continuing to explore how outdoor space could be used.

Garaude said that she hoped to make the most of Cannes’ non-urban setting, which “allows for a lot of outside space, given good weather” and added that Reed Midem had been working closely with both Palais and Cannes officials on plans for making the most of outdoor events.

A document providing extensive detail on both Palais guidelines and those covering the City of Cannes is due in the coming weeks, Garaud added, which will also cover protocols for hotels, restaurants and taxis.

Garaude said initial proposals would see social distancing taking place across all hotels, with rooms remaining vacant for 24 hours between check out and new occupancy.

The Reed Midem exec added that MIPCOM ONLINE+, a virtual portal introduced for MIPTV following its cancellation in March, would also enable those unable to travel to take part.