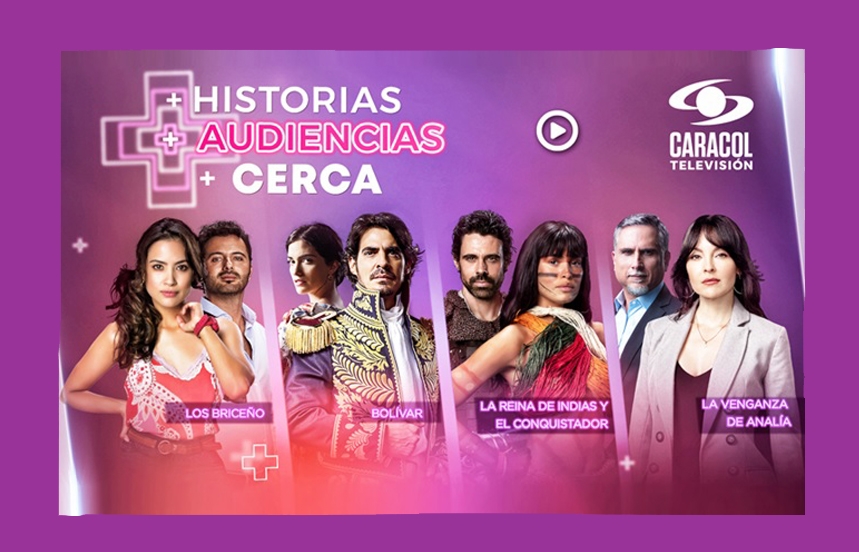 Colombian FTA TV channel Caracol Television announced it is joining Asian global audiovisual content platform Allrites, which allows to buy and sell film, TV and sports content rights, and other functions. Apart from Allrites, so far this year, Caracol TV has also ran different partnerships agreements with the aim of adding its titles in other international platforms, such as English ProgramBuyer; Singapore’s Vuulr and US content producer Sabbatical Entertainment.

Some of Caracol titles to be included on Allrites catalog are ‘Ana´s Revenge’; ‘The Queen and the Conqueror’; ‘Bolivar’; ‘Dream.Love. Learn’; ‘Living to Love’ and ‘The White Slave’.

‘Online marketplaces like Allrites have proven to be so useful and efficient, especially in these trying times, where travels and face to face interaction is still very uncertain. We are positive that these will continue to be vital tools in our expansion efforts’, said Estefania Arteaga, International Sales Director at Caracol Television.

Riaz Mehta, Allrites Founder & CEO, has also expressed himself on the agreement with the Colombian TV channel: ‘We are thrilled to have a volume of high-quality content from major Colombian broadcaster Caracol TV, onboard the Allrites digital marketplace. Through this partnership, Caracol TV is now able to further extend their global reach, by connecting to more content buyers in a modern and convenient way’, the executive reported.