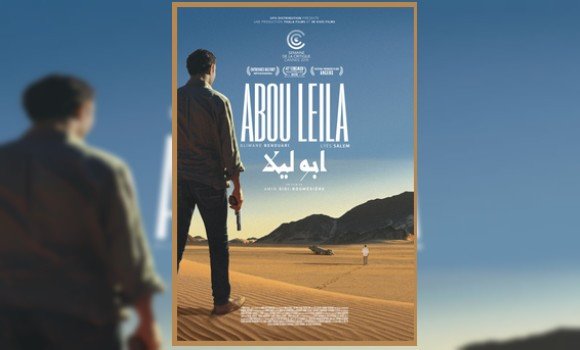 Feature film "Abou Leila" by Algerian filmmaker Amine Sidi Boumediene participates, alongside about 360 other films, at the 23rd Shanghai International Film Festival, held from 25 July to 2 August, said the event's organizers on their website.

"Abou Leila" is scheduled in the out-of-competition with other films, namely Maryam Touzani's "Adam" from Morocco and "The Perfect Candidate" by Haifaa Al Mansour (Saudi Arabia, Germany).

A 140-minute Algerian-French-Qatari coproduction, "Abou Leila" deals with the tragic events of the 1990s through the story of young men Samir, performed by Slimane Benouari and Lotfi, played by Lyes Salem, who track in the Algerian desert a dangerous terrorist called Abou Leila, a detective story which explores the impact of violence and shocks on societies.

After his short films "Tomorrow Algiers" and "El Djazira," Amine Sidi Boumediene made his first feature film "Abou Leila" which received in 2020 the critics award of Barcelona Film Festival.

"Abou Leila" was also screened in festivals in Bosnia and Herzegovina, Tunisia, Belgium, Italy and Egypt.
Algerian actor and filmmaker Lyes Salem won the prize of the best actor for his role in this film in the 30th Carthage Film Festival in Tunisia in 2019.