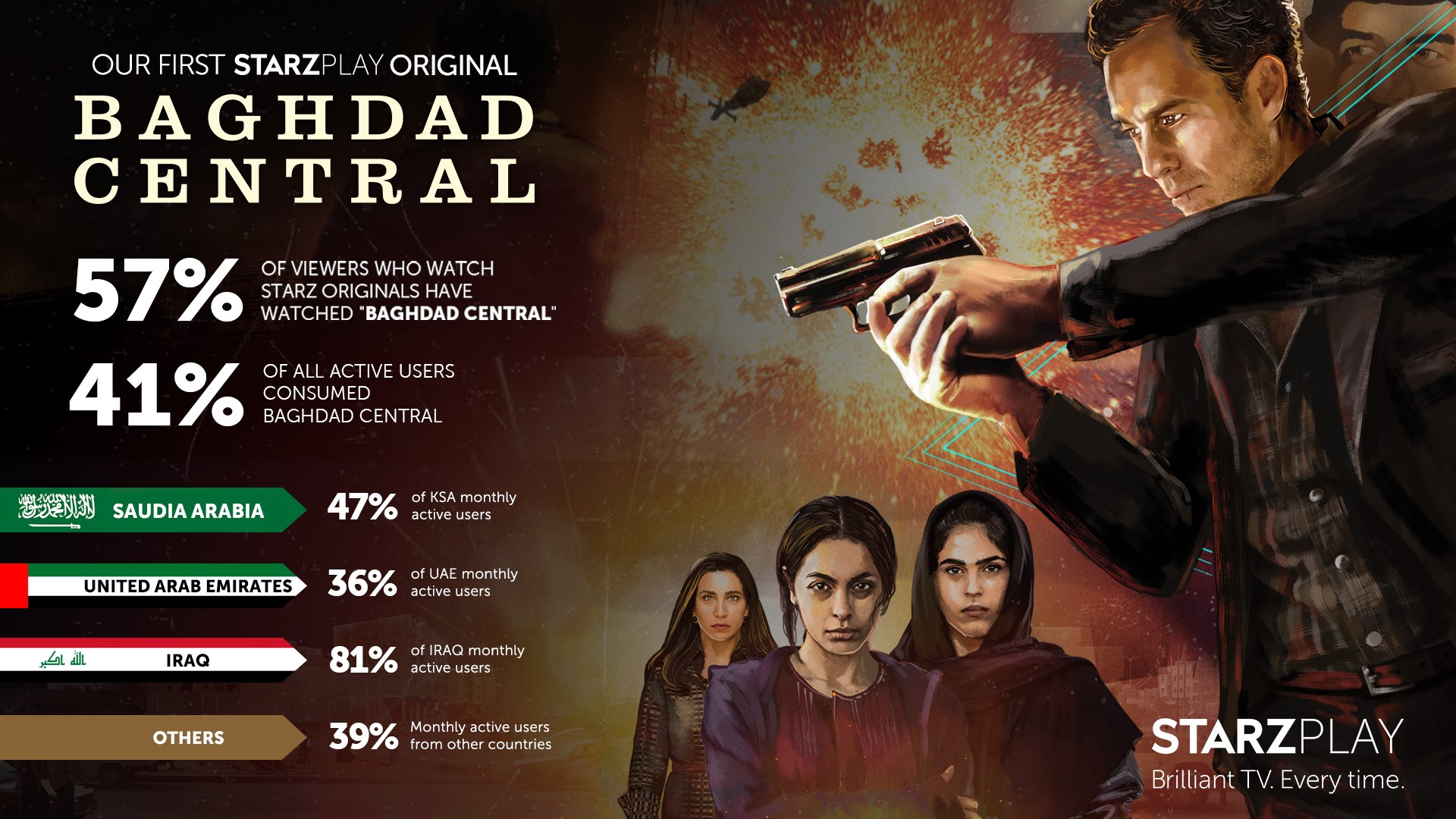 STARZPLAY, the leading subscription video on demand (SVOD) service in the MENA region, has recorded overwhelming response from its subscribers for its original content, underpinning how audiences in the MENA region are eager for original home-grown production.

This is reflected in the extraordinary response that STARZPLAY original, Baghdad Central, the network’s first production, has received. The thrilling drama series, according a study, was watched by 57% of STARZPLAY viewers who consume STARZ originals while 41% of all active users followed the six-part mini-series.

Marking a departure from series conceptualised and produced by foreign studios, ‘Baghdad Central’ is a compelling example of how stories from the region are finding increasing resonance among viewers.

The show is set amidst the chaos of American-occupied Baghdad in 2003 and follows Iraqi ex-policeman Muhsin al-Khafaji (Waleed Zuaiter) who has lost everything and is battling daily to keep himself and his sick daughter, Mrouj (July Namir;), safe. When he learns that his estranged elder daughter Sawsan (Leem Lubany) is missing Khafaji is forced into a desperate search to find her. He soon finds himself up against her enigmatic university tutor, Professor Zubeida Rashid (Clara Khoury) and discovers that Sawsan and her two close friends Sanaa (Nora El Koussour) and Zahra (Maisa Abd Elhadi;) have been leading a hidden life that’s led them into great danger.