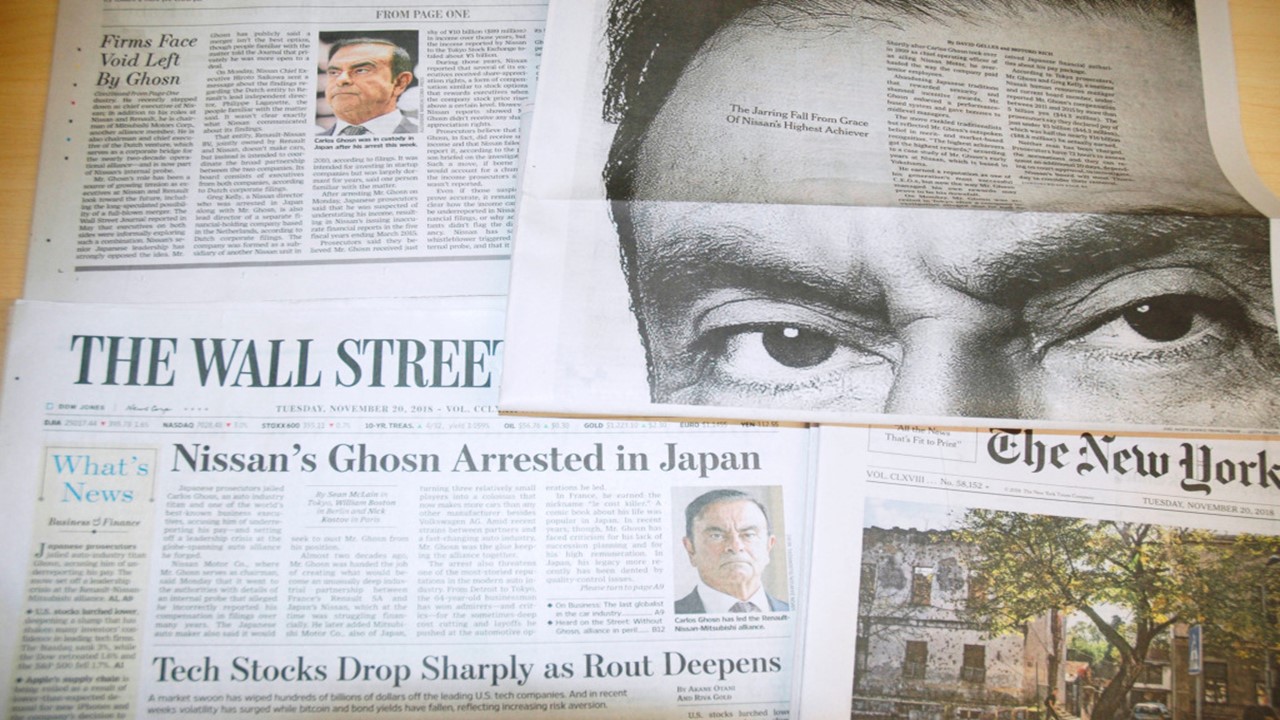 After churning out several successful Arabic originals, Dubai-based MBC Studios is entering the international TV dramas arena with a high-end English-language doc and series about Carlos Ghosn, the French-Lebanese-Brazilian former CEO of automakers Nissan and Renault, who jumped bail and absconded to Beirut while on trial in Japan for alleged financial misconduct.

“It’s not very often that one of the world’s top CEOs finds himself sent to jail and then, more importantly, managed to escape the way he did,” MBC CEO Marc Antoine d’Halluin tells Variety.

D’Halluin says MBC won over other suitors and obtained exclusive access to Ghosn and his wife, Carole, and other people in Japan, France and the U.S. who play key roles in the top manager’s saga. Ghosn, who is in Beirut – which he reached on a private jet in January – claims he was being prosecuted in Tokyo on trumped up charges to keep him from further integrating Nissan and Renault, which threatened the Japanese carmaker’s autonomy.

MBC Studios has teamed up on the still-untitled parallel Ghosn projects with Alef One, the company co-founded by French executive producer Nora Melhli. They’ve recruited British director Nick Green (“A Dangerous Dynasty: House of Assad”) on the three-part doc, which Green started shooting in September in Beirut.

The six-episode miniseries on Ghosn is instead expected to start shooting in 2021, helmed by French-Swedish director Charlotte Brandstrom (“Conspiracy of Silence,” “The Witcher,” “Away”) with U.S. screenwriter and producer Mark Goffman (“The West  Wing,” “Sleepy Hollow,” “Bull,”) on board as showrunner.

The international cast will be announced in “the next two or three months,” said d’Halluin. He added that the Ghosn show will be shot in Paris, Tokyo, Beirut, Rio de Janeiro and probably New York, and that in terms of budget “this is a multimillion dollar per episode type of series.”

D’Halluin underlined that the level of talent attached to the show provides a built-in “guarantee of the project’s objectivity and independence” when it comes to handling the story of Ghosn, who was charged in Japan with financial misconduct related to alleged underreporting his compensation and also several transactions. He intermittently spent 130 days in jail as multiples indictments were handed down.

In terms of distribution MBC will air the Ghosn doc and series across the Middle East and are handling international sales.