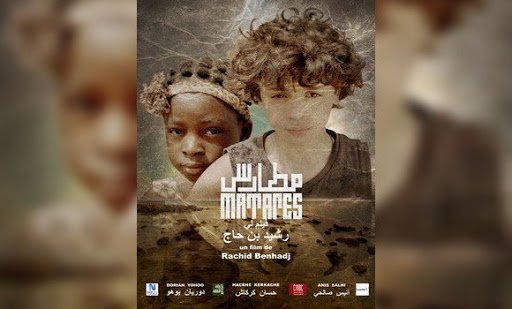 The film "Matares" by Algerian director Rachid Benhadj was crowned with Dikalo Prize for the best feature film in the 17th edition of Cannes Film Festival for African Film in France, which recently concluded its virtual event.

MATARES tells the story of the eight-year old Mona who is in the Algerian coastal city of Tipasa where she sells floral wreaths to earn money to pay the human traffickers who will take her to Europe. Ten-year old Said does not like the competition, nor does he like that Mona is black and a Christian. A striking film that provides a child’s perspective on the refugee situation around the Mediterranean.

This work was also the result of the Dikallo Best Actress Award, which returned to the girl Dorian Yohu, who played the role of the girl child Mina.

Rachid Benhadj was born in Algiers (Algeria), he graduated in Architecture in Paris, and he obtained a diploma in film direction from the Ecole de Cinéma. He directed made several films and documentary films for the Algerian television.

1989 he directed his first full-length film, “LOUSS – Sand Rose” which was shortlisted at Cannes Film Festival, and which won a number of international awards.
1993 his film “TOUCHIA – Canticle of the women of Algiers” was shortlisted at Venice Film Festival, where it was favourably received both by the critics and the public.
1997 With Marco Bellocchio he coproduced “L’albero dei destini sospesi” for RAI (Radio Televisione Italiana) which was presented at Venice Film Festival.
2000 he directed the internationally coproduced movie “MIRKA” starring the Academy Award winner Vanessa Redgrave, Gerard Depardieu and Franco Nero, and which included in the cast also the two Academy Award winners Vittorio Storaro and Gianni Quaranta.
2005 he directed the movie “FOR BREAD ALONE” starring Said Taghmaoui, Marzia Tedeschi, Daniel Ducret.
2012 “PERFUMES OF ALGIERS” Monica Guerritore, Chafia Boudraa, Agoumi and photography by Vittorio Storaro.
2016 “THE STAR OF ALGIERS” Cherif Azrou, Sofia Nouacer, Hacène Khechache.
2019 “MATARES” Dorian Yohoo – Anis Salhi – Hacène Kerkache.