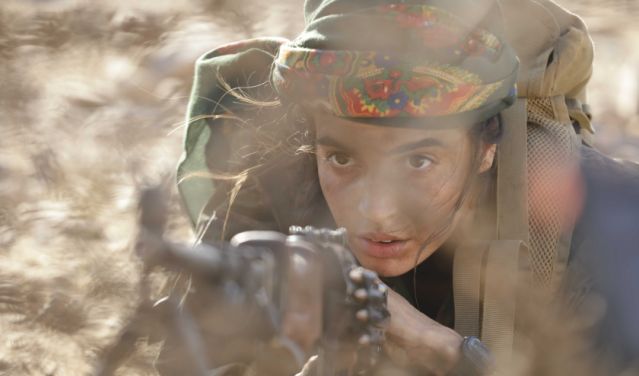 This November, OSN is partnering with Fremantle to bring its first scripted OSN Original series to OSN Series First and OSN streaming app with the fast paced, eight-part action thriller series, ‘No Man’s Land’. Set in the Middle East and mainly in Syria, ‘No Man’s Land’ focuses on the humanitarian aspects that people in the region can relate to, while shedding light on angles that have never previously been portrayed or told before on the big screen. This comes as part of OSN’s effort to bring fresh meaningful entertainment for the region.

Following the story of the Syrian war through the eyes of a young French man, in search of his estranged sister, ‘No Man’s Land’ sees its protagonist unravel the mystery, piece by piece by joining forces with ISIS’ biggest rival — a unit of Kurdish all female fighters — and his travels with them through ISIS occupied territory. With family bonds at its core and visceral characters ranging from Kurdish female fighters, an all-female militia borne from the ISIS militant’s ideology that being killed by a woman will prevent them from going to heaven, to secret agents and international idealists, ‘No Man’s Land’ should be on everyone’s must-watch list this fall.

The highly anticipated OSN Original series provides a unique look at the tragic events in Syria, and the way they affect the entire world, with real life serving as inspiration for the script.

Developing bold storylines and a strong narrative that reflect the evolving aspirations of the region, ’No Man’s Land’ marks the first of many stories to be told by the leading entertainment network as part of its approach to provide viewers with different perspectives on themes inspired by the region itself.

Amac Us, VP Sales, Middle East, Africa and South East Europe, Fremantle said: “Starring an international cast, No Man’s Land is an emotional and fast-paced drama with a story that is very close to everyone’s heart in the region. We’re proud of this unique collaboration with OSN which will bring this high-end production to audiences in the Middle East as an OSN Original series.”