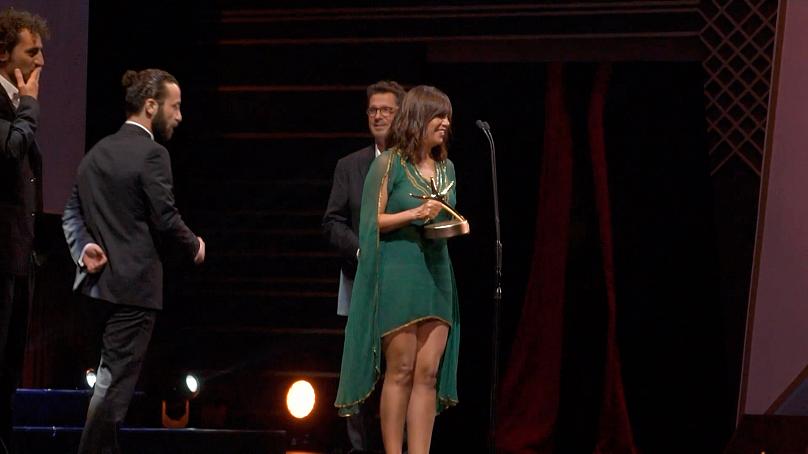 This year’s theme was 'The Culture of dreams,’ and the event boasted sixty-three feature films, eighteen short movies and ten documentaries from around the world.

To open proceedings, and premiering within the newly-built Gouna Conference and Culture Center, was Tunisian film director Kaouther Ben Hania’s movie, ‘The Man Who Sold His Skin’.

The story, which centers around a Syrian refugee in Lebanon, who allows his back to become a canvas for a famous tattoo artist, won the El Gouna Star for Best Arab Narrative Film.

Once again this year, the CineGouna Platform, was on hand to nurture and empower young Arab filmmakers; facilitating conversations with global industry experts.

Under the umbrella of the platform, the CineGouna SpringBoard is a co-production lab, enabling Arab film directors and producers - with projects in development or post-production stages - to find creative and financial support.

From this year’s ninety-nine submissions, eighteen projects were selected.

One of the festival’s founders, Egyptian businessman Naguib Sawiris, told Euronews’ Daleen Hassan that hosting the event this year was a signal of optimism for the filmmaking industry.

“The decision to do the festival was mainly based on the fact that we want life to go on,” he said. “It’s a message of hope, a message of happiness and a message of defiance - and cinema is all about that.”

The businessman goes on to say that despite the COVID-19’s challenges, humanity must challenge it.

“We say life must go on, or we surrender, and stay in a dark room with all the psychological problems we can get, lose our job, lose our economy,” he says. “What we try to do here, is to continue with our film festival to challenge COVID-19.”