Eutelsat's Sat.TV Is Launched As Its Electronic Programme Guide For Free-To-Air Channels 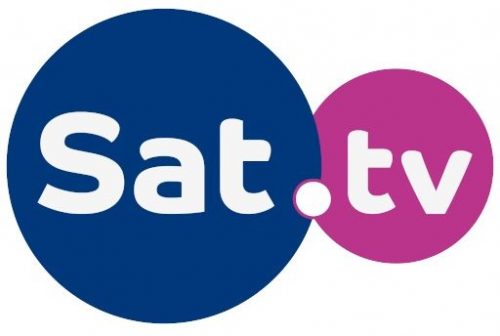 Satellite operator Eutelsat has launched Sat.tv, an enhanced electronic programme guide for free-to-air channels. The service is already operating at the 7/8° West orbital position, serving over 56 million Arabic-speaking homes across the Middle East and North Africa and is being progressively deployed at other Eutelsat video positions.

New free-to-air satellite receivers compatible with the Sat.tv service give visibility to the Eutelsat channel line-up. The guide provides a preview of programmes to be aired, filtered by content genre, and also includes programme thumbnails, which Eutelsat describes as a first for the free-to-air market.

All channels are automatically installed on the satellite receivers with a fixed channel numbering. Receivers are updated automatically overnight, so any new channels can be found by viewers without needing to re-scan.

Channels are presented with their name, logo, and channel genre, written in the local language, including Arabic script, are referenced with a single channel number and can be discovered by filtering on a specific channel theme.

A selection of channels that are of interest to the end-user’s country are listed first, allowing the line-up on an orbital position to be customised geographically, enabling national broadcasters to be found more easily.

Broadcasters can drive different audiences to different video feeds and customize advertising inventories to specific audiences. The regionalized channel numbering can also be used in countries seeking to extend their terrestrial TV network with satellite coverage, as the Sat.tv receivers enable the channel numbering required by the local regulator to be used, as with DTT distribution.

Sat.tv is free-of-charge for set-top box vendors, as well as for broadcasters operating at Eutelsat’s video hotspots, according to Eutelsat.

Philippe Oliva, chief commercial officer of Eutelsat Communications said: “We are delighted at the successful launch of Sat.tv and the considerable success it is already having amongst leading broadcasters at our 7/8° West position, where it is increasing audience engagement for our broadcast customers and significantly enhancing the free-to-air user experience for the millions of viewers at this position. We are in the process of rolling this service out to further reinforce the attractiveness of our key video neighborhoods.”

Michael Cairns, COO of Rotana Media Group, said of the service: "We have appreciated Sat.tv's innovative solution, it will allow our channels to be presented together consistently, with logos and descriptions translated in local languages. It gives full visibility to our programming in attractive graphical navigation that's easy to use."