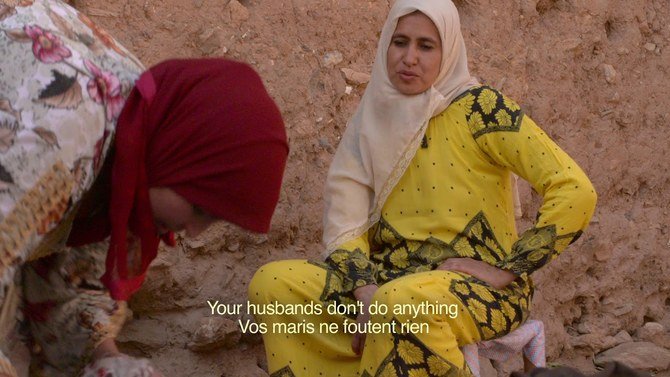 This year’s edition of one of the oldest and most prestigious film festivals in Italy, which started on Tuesday, features the Moroccan documentary movie “Fadma: Even Ants Have Wings.”

The movie, directed by Jawad Rhalib, is in the international section of the 61st Festival dei Popoli in Florence, and is competing for the Best Film Award.

The movie will make its debut in Italy on Più Compagnia, an online cinema platform that has been specially set up for the festival due to COVID-19 restrictions.

In the film, the young Fadma leads a rebellion by women against the patriarchal authority that has always dominated life in their Berber village in northern Morocco. Their demands for equality lead to clashes with their husbands and other men.

“In that village women cook, clean, raise children, tend the animals and fetch water at the source while men, when fieldwork is scarce, take naps or sit at cafes for hours,” Rhalib said at a press conference.

“Nobody would think of questioning this age-old order until Fadma, a fierce and progressive-minded woman, arrives with her family from Casablanca. Determined to upend the status quo, she initiates the other wives to the concept of gender equality and encourages them to start a cooking strike. As long as men don’t take part in domestic tasks, they’ll have to eat at the village’s only restaurant.”

Rhalib captures this battle of the sexes with respect, humor and theatricality. The movie will be screened on the online platform until Nov. 22.