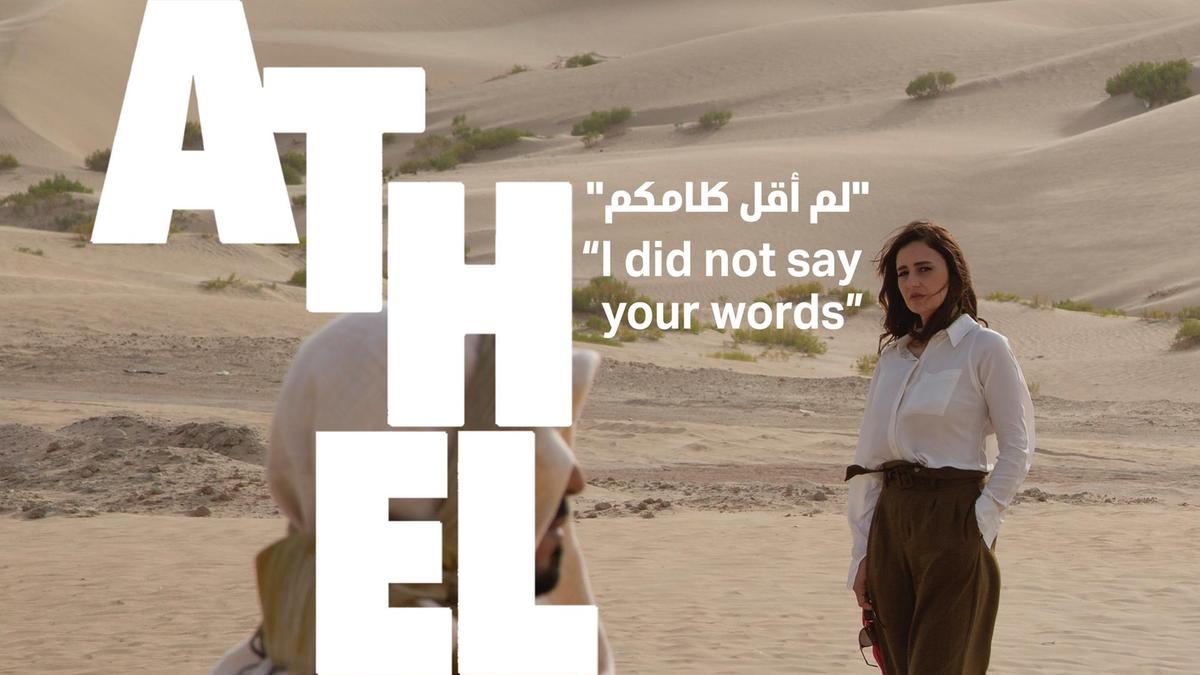 Announced in September this fall season at a private screening at Vox Cinema Nation Towers, the Emirati short film Athel is an Award Winner at the Calcutta International Cult Film Festival in India, qualifying to compete for the prestigious Golden Fox Awards at the annual live screening gala of CICFF in the City of Joy, which will be held in January 2021.

Furthermore, continuing its journey at other film festivals around the world, the film was Officially Selected at Corto Creativo Short Film Festival in Tijuana, Mexico, Rome Independent Prisma Awards in Italy, and at Amsterdam Lift-Off Film Festival in Netherlands, a popular festival set in one of Europe’s most beautiful cities, showcasing filmmakers’ talents with a week-long celebration on an extensive audience choice awards platform.

A fantasy film distributed by Mad Solutions, the idea began with reminiscing the Arabic poetry and the mysterious desert, and with that in mind, an old story was taken to newer places.
Produced by Toaster Productions & Anasy Media and directed by Alyazia Bint Nahyan.

The film deals with a new style and subtraction in a light witty drama template, about the story of the famous pre-Islamic poet Tarfa Bin Al-Abd or the “murdered boy” as it became known throughout history, a poet killed at the height of his glory and bewildered many thinkers and intellectuals in relation to his fate.

The film revolves around Salma, a widely known presenter, who is filming a poetry show about Tarfa, the pre-Islamic poet.

With a sand storm disrupting the episode shoot and Salma’s son being lost for days, the presenter remains calm. Perhaps too calm, her mind distantly quiet, the loud crew then drives off forgetting her at the location. On her phone, busy talking, Salma is walking and something far from reality is about to occur.