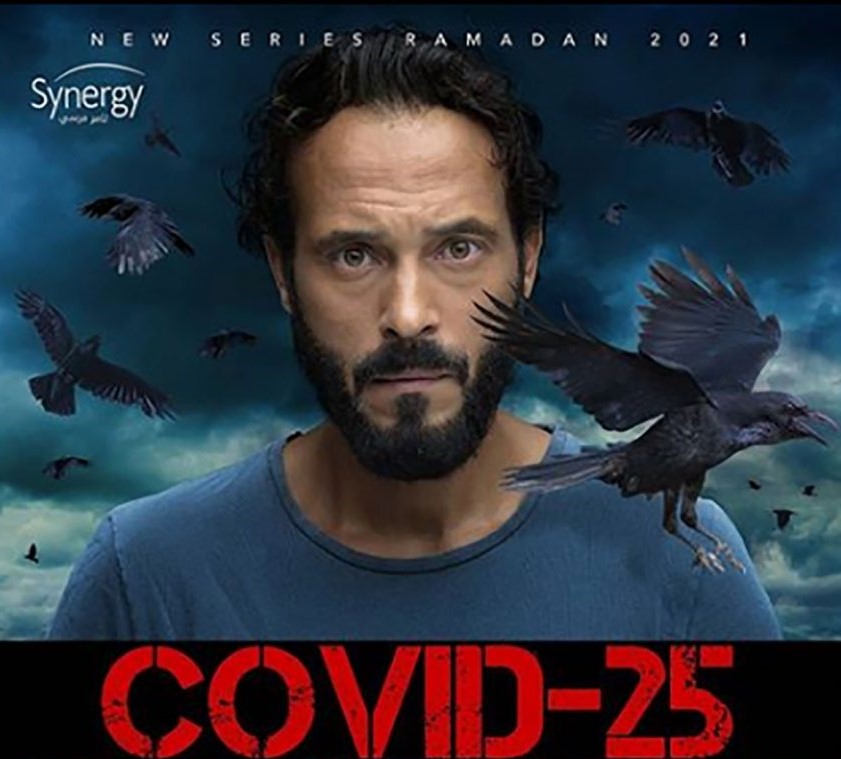 Egyptian superstar Youssef El-Sherif is starring in a new television show set to debut during the Ramadan 2021 season that is somewhat interestingly named “COVID-25”. Following the announcement of the series, #COVID-25 began trending on Twitter with mixed reactions from social media patrons.

Following El-Sherif’s starring role in one of Egypt’s first futuristic sci-fi epic “Al-Nehaya” which premiered during last Ramadan, it seems he is keeping with the same theme with “COVID-25”, which will explore the repercussions of the pandemic in the year 2025.

The series was written by El-Sherif’s wife, Engy Alaa and produced by Synergy Productions’ Tamer Mursi, who was the first to unveil the new series on Instagram earlier this week.

Synergy teased the new series on its social media with a caption that said, “What will happen in 2025. Please wear your mask before watching. #COVID-25.”

While little else is known about the plot of the upcoming series, it’s safe to say that the pandemic will be center stage, which might be a blessing and a curse since on the one hand,    the pandemic is of particular interest right now, and on the other hand, we’re all pretty sick of COVID-19, so guess we’ll have to wait and see.