Doha’s 2020 Ajyal festival kicks off in theatres, online and its first drive-in 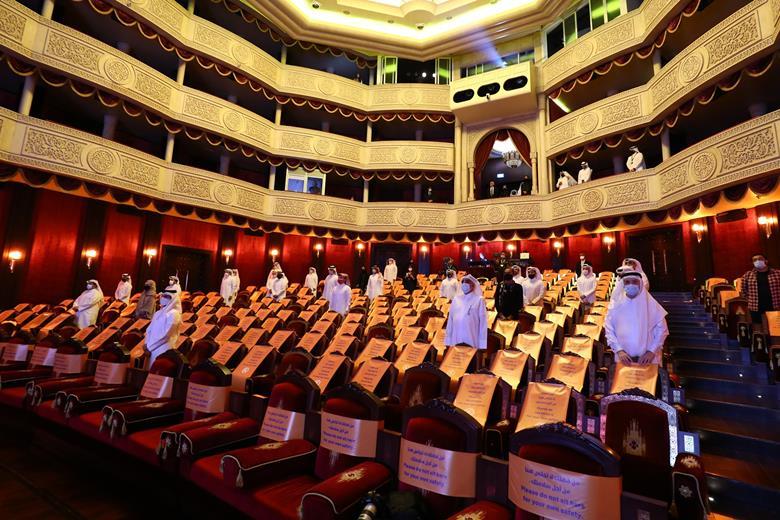 Running under the banner of “The show goes on” from November 18-23, the festival is showing 22 features and 58 shorts hailing from 46 countries, with a mix of socially-distanced physical and online screenings as well as a drive-in venue.

Majidi’s Tehran-set feature, which explores the topic of child labour through the adventures of four poor but resourceful boys, screened at a socially-distanced, red carpet event in Doha’s Katara theatre in the city’s cultural district.

Ajyal marks the first major physical event of 2020 for the DFI, which was forced to move its popular industry talent and project incubator event Qumra online at the eleventh hour in March due to the pandemic.

Qatar’s quarantine rules currently require all in-bound travellers to self-isolate in a mandatory hotel for seven days, so few international guests will attend this year. However a handful are participating online including US actor and comedian Zach Woods, Bosnian actor Goran Bodgan and Indian actor Kunal Kapoor.

The festival is also welcoming its trademark youth juries - spanning Mohaq (eight to 12-years-old), Hilal (13 to 17-years-old) and Bader (18 to 25-years-old) – in both a physical and online capacity.

“The fact the festival is also running online has meant we can open the juries up to more countries internationally, which been a great opportunity,” said Hassan Alremaihi.

Each jury watches and deliberates on an age-appropriate selection of films from the Ajyal line-up and also participates in online Q&As with the filmmakers.

This year’s line-up features 24 films made with DFI support including Palestinian director Ameen Nayfeh’s drama 200 Meters, which has just been announced as Jordan’s submission to best international film category of the 2021 Oscars; and documentaries Gevar’s Land by Syrian filmmaker Qutaiba Barhamji’s, Their Algeria by French-Algerian director Lina Soualem and An Unusual Summer by Palestinian Kamal Aljafari.

“We’re always trying to push the boundaries with our juries in terms of the types of films that we bring,” commented Hassan Alremaihi. “A film like An Unusual Summer, for example, is a very different film from anything that they have probably seen before. But there’s no better person than Kamal to have a conversation with them to tell them that the sky’s the limit when you want to make a film.”