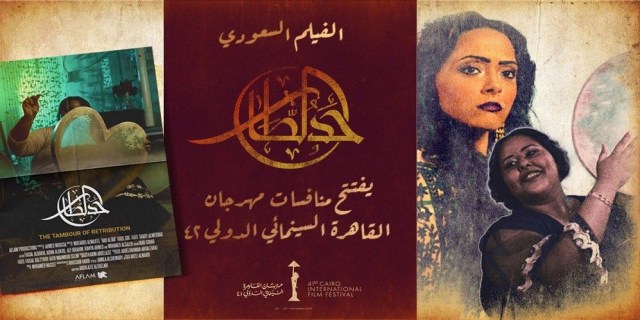 The Saudi film “Had Al-Tar” won the special jury prize “Salah Abu Seif” at the closing ceremony of the 42nd Cairo International Film Festival.Receive the prizeDirector Abdulaziz Al-Shalahi, and Saudi actor Faisal Dokhi won the Best Actor award for the film itself.

For its part, the jury confirmed that she was confused about the comparison between the hero of the film and his heroine, and wished to give the award equally, but the award list stipulates that it be granted to one actor.

It is worth noting that the film “Hadd Al-Tar” opened the screenings of the Arab Cinema Horizons Competition at the Cairo International Film Festival, with the small theater in the Egyptian Opera House, to become the first Saudi film to participate in the official competitions of the International Festival.

The film “Had Al-Tar” was shown for the first time in the world; It is directed by Abdel Aziz Al-Shalahi, and it is set in a popular neighborhood characterized by social contradictions and human sacrifices.

On the other hand, the closing ceremony of the Cairo Festival witnessed the awarding of Saudi director Sarah Misfer a certificate of appreciation for the film “Who Burns the Night”; Where she gave the honor to her mother.