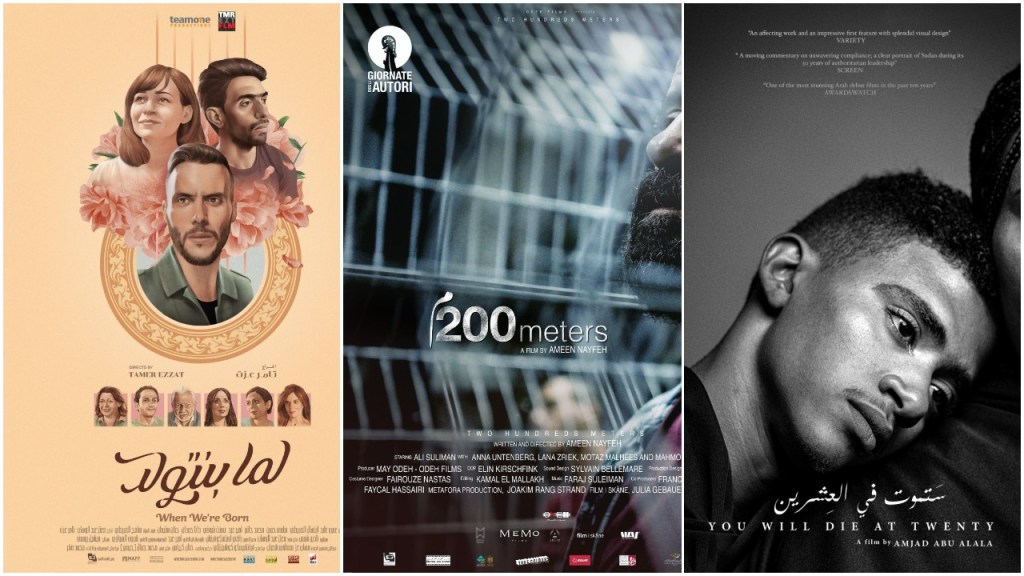 Egypt’s Film Clinic, the prominent indie shingle headed by Cairo Film Festival president Mohammed Hefzy, has scored the rare distinction of being the Middle East and North Africa region distributor of a trio of Arabic films that are in the running for the 2021 Academy Award for Best International Feature Film.

Film Clinic, which since 2006 has been producing a wide range of Arabic film and TV fare – most recently Netflix Arabic Original series “Paranormal” – in 2016 branched out and launched Film Clinic Indie Distribution and since then has been gradually stepping up activity.

Film Clinic’s distribution arm is now set to soon release “When We’re Born” by Egypt’s Tamer Ezzat; “200 Meters” by Palestinian/Jordanian auteur Ameen Nayfeh, which is representing Jordan; and “You Will Die at Twenty,” by Amjad Abu Alala, which marks Sudan’s first submission to the Oscars.

The titles are all recent festival circuit standouts.

“200 Meters,” about the absurdities of daily life for Palestinians living in the Occupied Territories, recently launched from the independently  run Venice Days section at the Venice Film Festival, where it won the BNL People’s Choice Audience Award and subsequently had its Arabic premiere at the El Gouna Film Festival, where the film’s Palestinian producer May Odeh picked up the Variety MENA Award.

“You Will Die at Twenty,” launched from Venice and Toronto in 2019 and won Venice’s Lion of the Future Award for best first work across the Lido’s entire selection and the top prize at Egypt’s El Gouna fest. “Boasting a terrific visual sensitivity, this rare film from Sudan has a fable-like quality in its depiction of an isolated village where superstition constrains its people,” wrote Variety critic Jay Weissberg in his review.

“When We’re Born,” a social drama interweaving three storylines, laced with songs, one of which involves a newly married young man who works as a male prostitute in order to accomplish his wife’s dream of owning their own flat, scored two prizes at the Malmo Arab Film Festival and also scooped five Cairo Film Society awards.

“We are proud that the three films have been selected to represent their countries at the Academy Awards,” Hefzy said in a statement, noting that Film Clinic came on board these projects as a partner from an early stages of production.