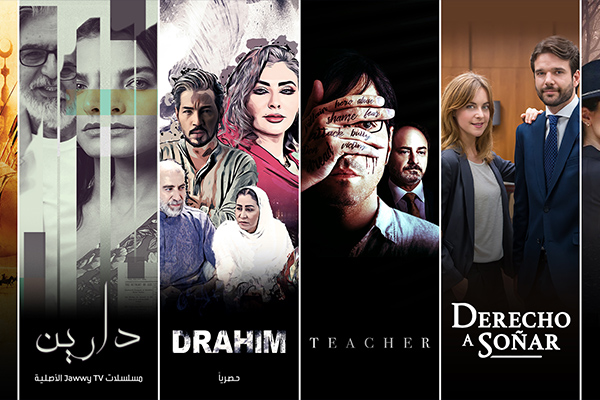 Intigral, a leading provider of digital entertainment and sports in MENA and a subsidiary of stc group, has announced a new collection of entertainment content titles to be released on its flagship OTT service Jawwy TV during December to wrap up a year filled with the finest digital content offerings, exclusive title releases, and significant regional expansion for the platform.

Topping the new title releases is the much-awaited Egyptian action/suspense film 'The Black Box' starring the famed actress Mona Zaki who returns to the silver screen after four years for this major production. The film, which currently holds the first place in the Egyptian box office, will be exclusively available for online streaming via Jawwy TV starting from the 24th of December.

Additionally, Jawwy TV will air the award-winning Lebanese film 'By Chance' starring Carole Samaha, recipient of the best actress award at the Alexandria Film Festival 2020, on the 31st of December.
The month's new and exclusive movie selection also includes 'Ihroub ya khalfan', the Emirati film about a family that lost their child in the 90's, which began streaming on Jawwy TV from the 3rd of December, in addition to the first launch of the Lebanese film 'Berdana Ana' inspired by the series of the 'Same Name', to begin airing on the 10th of December. Additionally, Jawwy TV will feature live broadcasts of series from Starzplay every Monday this month starting from the 7th of December, including 'Your Honor' starring the Emmy winner and Breaking Bad star Bryan Cranston who portrays Judge Micheal Desiato, and the new series 'Power Book II: Ghost'.

Moreover, the new December titles on Jawwy TV coincide with Intigral's signing of strategic partnerships with telecommunications providers in Egypt including Orange, WE, Vodafone, and Etisalat Mobile, hence expanding Jawwy TV's offerings into one of the largest markets in the region and making it available for a wider audience to enjoy.

Jawwy TV subscribers enjoy access to a vast VOD library including numerous exclusive and original productions and acclaimed series and movies from diverse genres, in addition to an extensive list of live streaming channels from prominent international networks like Wide Khaliji, FOX plus, StarzPlay, and more, along with regional and global free-to-air as well as encrypted channels such as MBC, OSN, and Rotana, among others.