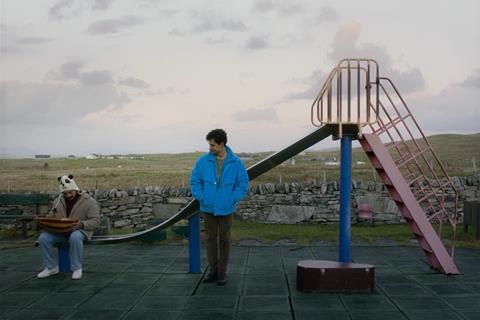 Told in a pleasing deadpan style, “Limbo” recounts the story of a Syrian musician, played by the BIFA nominated rising star Amir El-Masry, who is placed on a Scottish island when awaiting his request for asylum to be processed. The film, which recently picked up the top prize at the Macau Film Festival, also picked up Cairo’s Henry Barakat Award for best artistic contribution. The film, sold by Protagonist Pictures and staged by Caravan Cinema and presented by Film 4, Screen Scotland and BFI, also took home the FIPRESCI award.

The jury award for best actor went to Bulgaria’s Julian Vergov for his turn in “German Lessons” by Pavel G. Vesnakov. The jury could not pick a winner in the best actress category, awarding the prize ex aequo to Elham Shahin, the star of Amir Ramses’ Egyptian drama “Curfew,” and Russia’s Natalya Pavlenkova, who was the center of Ivan I. Tverdovsky’s “Conference.” Tverdovsky also walked off with the Silver Pyramid for best director.

In the Horizons of New Arab Cinema Competition, the Saad Eldin Wahba Award for best Arabic film went to Roy Arida for his Lebanese-French co-production “Under the Concrete.” The best non-fiction film prize was awarded to another Lebanese-French production, “We Are From There,” helmed by Wissam Tanios. It was a busy occasion for Tanios, who also shared the $10,000 prize for best Arab film selected in any of the three competitions with “Gaza Mon Amour” helmers Arab Nasser and Tarzan Nasser.

The International Critics’ Week Competition handed out the Shadi Abdel Salam Award for best film to Jing Wang’s Chinese entry “The Best Is Yet to Come.”