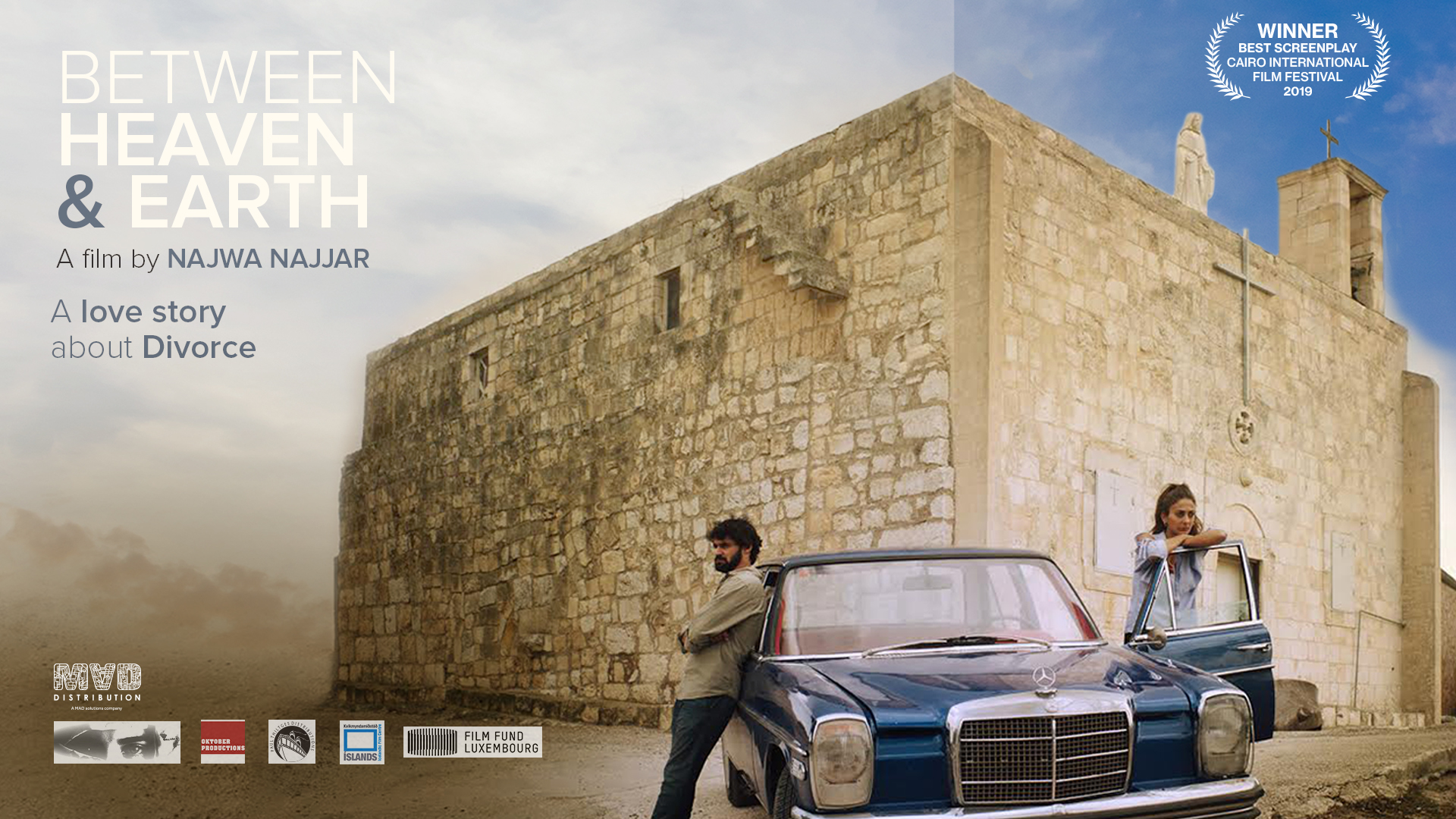 “Haifa Street” by Mohanad Hayal and “Between Heaven and Earth” by Najwa Najjar will compete within the Asian film competition at the Dhaka International Film Festival, Bangladesh (January 16-24).

Founded in 1992, Dhaka International Film Festival is an annual film festival and one of the most prominent cultural events in Bangladesh, where this year 200 films from across the world will compete.

About Between Heaven and Earth:

A thirty-something couple, Salma and Tamer, have been married for the past five years and living in the Palestinian Territory.


The first time Tamer is ever given a three-day permit to cross the Israeli checkpoint, is to file for divorce in the courts in Nazareth.


At the courthouse, they are confronted with a staggering discovery about the past of Tamers father; a secret which sends Salma and Tamer spinning on an emotional road trip exploring the loss and betrayal of the past, and of themselves.

Directed by Najwa Najjar, Between Heaven and Earth is now screening for the fifth week in a row at Zawya cinema.

About Haifa Street:
Set in Baghdad in 2006, Haifa Street is one of the most dangerous places suffering from the civil war and violence that has plagued the city.


When Ahmed is dropped off there by a taxi on his way to his beloved Suad's house to ask for her hand in marriage, he gets shot by Salam, an anxious young sniper who is living his own personal hell on a rooftop above.

Suad desperately tries to save Ahmed, but Salam prevents anyone from approaching him under the threat of gunfire.

When her daughter Nadia elicits the help of their cunning neighbor, Dalal, all hell breaks loose under the ominous presence of the American occupation.