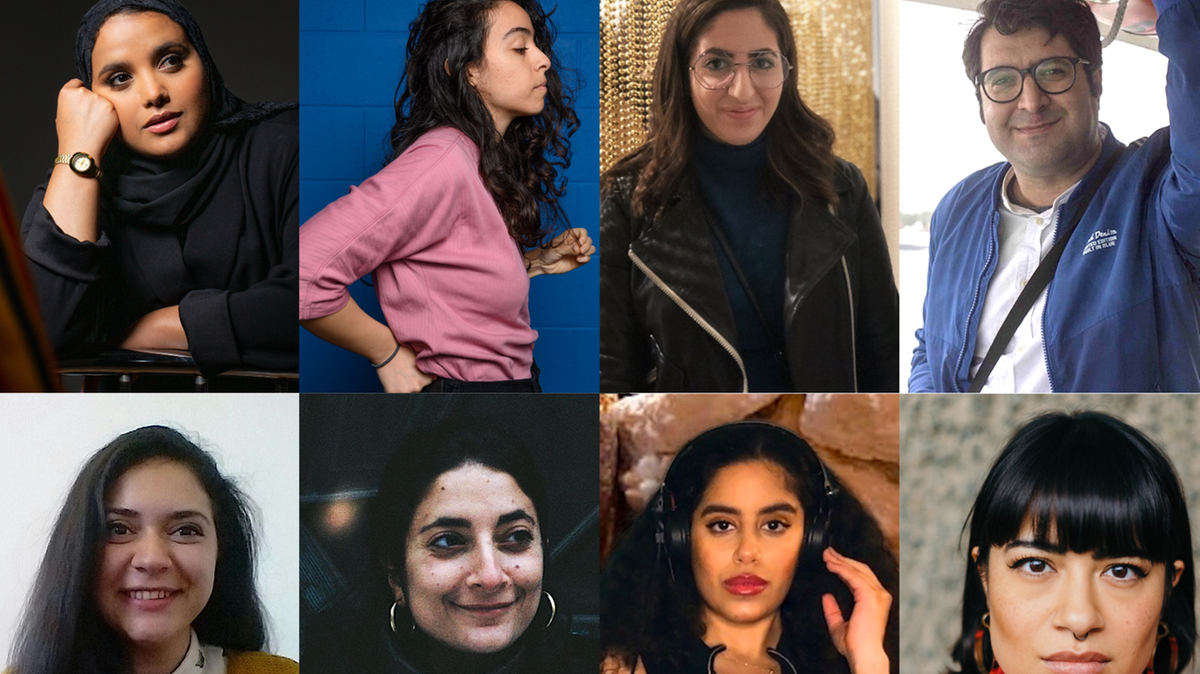 A group of eight artists has been selected by the foundation MENA Arts UK to create a series of short films on what unites creatives in turbulent times.

Each artist is to receive £1,000 ($1,366) to create a one-minute piece of filmed work that responds to the question: “How should the MENA+ arts community celebrate what we have in common?”

The winners came from a call for entrants who had to be a UK-based artist working in the live and recorded arts, and have a connection to the Middle East, North Africa and the surrounding area. They also had to sign up for a ground breaking directory of creatives from this background.

The chosen artists hail from a range of backgrounds, from a puppeteer to a DJ, a deaf Iranian artist and a Yemeni-Scouse performance artist.

The winners are Peyvand Sadeghian, an actor, puppeteer and theatre-maker born, bred and based in London to Iranian and Chinese parents, and Nooriyah Qais a DJ, presenter and filmmaker.

May Ziade is French-Lebanese and works on other people's films and her own. Maral Mamaghanizadeh is a deaf Iranian artist. Her work explores the barriers she encounters in everyday life, being deaf, female and a refugee.

Majid Adin studied fine art and animation in Iran, where he was arrested because of the political nature of his work. Jida Akil is a Syrian/Lebanese early-career theatre designer currently based in London and Cyprus.

Bint Mbareh is a first-time filmmaker with experience in television production, song-writing and an interest in sound. Amina Atiq is a Yemeni–Scouse poet, performance artist and activist.

Peyvand Sadeghian, one of the winners, said it was an opportunity to take a creative risk. “I am looking forward to working collaboratively with another artist to bring my vision to life. I already have my project in mind and I can’t wait to get started,” she added.

Sepy Baghaei, an Iranian theatre director is a vice chair for MENA Arts and hailed the high standard, creativity and ambition of all the ideas submitted. “Our winning eight ideas are an eclectic mix, and feature animation, set design, poetry and music,” she said. “Their makers are from all around the UK and are connected to MENA regions including Iran, Palestine, Syria, Yemen and Lebanon.”

Ms Baghaei added she was “excited to see these films come to life, and to share their celebrations of MENA+ identity with a wider audience”.

MENA Arts is part funded by the Film and TV Charity and Arts Council England and recruited a panel of industry professionals for the judging panel of the competition.

The winning commissions will be released digitally in March 2021, alongside a Q&A session with the artists behind each film. The organisers also hope there will also be a series of panel events.