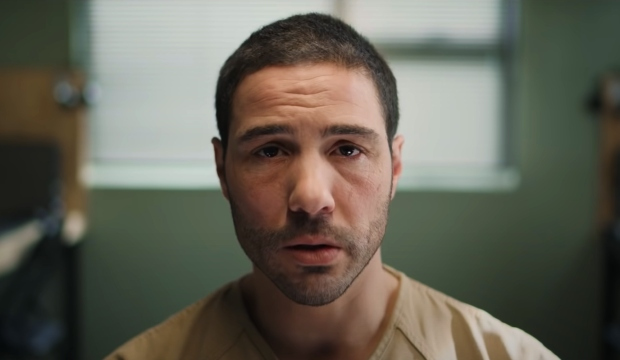 Tahar Rahim first broke onto the international cinema scene with his award-winning performance in Jacques Audiard’s A Prophet. Since that astounding breakout performance, his string of acclaimed roles included the limited series The Looming Tower, playing Judas in Mary Magdalene, and appearing in Oscar-winner Damien Chazelle’s The Eddy.

This year, he returns to the awards race with his most challenging performance to date in STXfilms’s The Mauritanian. Rahim plays Mohamedou Ould Salahi, a man captured by the United States government and held in Guantanamo Bay for 14 years without official charges. Based on Salahi’s book Guantanamo Diary, The Mauritanian also stars Jodie Foster, Shailene Woodley, and Benedict Cumberbatch. It deftly retells the story of an America reeling from the 9/11 terror attacks and desperate for justice.

While imprisoned in Guantanamo, Salahi experienced years of systematic torture including ice-cold temperatures, blinding light, deafeningly loud music, and eventually escalating to waterboarding, intense beating, and even rape. The film captures these moments in such realistic tones that it’s often difficult to watch. Yet, Rahim’s extraordinary performance anchors the film and, by the end, gives the viewer a much-needed dose of hope.

EW can exclusively reveal the event's annual list of Virtuosos Award winners, typically given to major contenders in the hunt for Academy Awards.

Though Ahmed, Bakalova, and Kirby seem fairly stable in their respective Oscar races so far, the SBIFF prize gives Zendaya, Ben-Adir, and Day much-needed boosts heading into the thick of precursor season.

The recipients will be presented with their awards during a discussion on Saturday, April 3 at a SBIFF tribute moderated by Dave Karger.