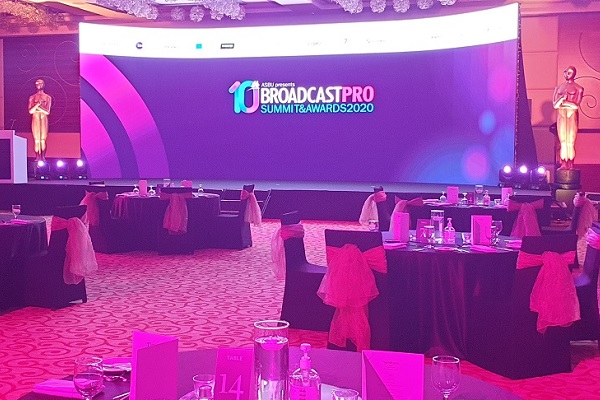 The ASBU BroadcastPro Summit and Awards successfully concluded its tenth edition on February 2, 2021, touching on the tectonic shifts in entertainment and corresponding consumer behaviour in recent months in its three panels. TV and streaming experts looked at accelerated entertainment trends in 2020 with the onset of the COVID-19 outbreak and how it pushed OTT platforms to move into mainstream entertainment, the challenges it put on them both content wise and technically and how they innovated continuously to ensure subscriber retention.

As a leading brand in the B2B TV, film and OTT space, BroadcastPro Summit & Awards is known for creating a dynamic forum for knowledge sharing, collaboration and networking between broadcast professionals in the Middle East and North Africa.

The 2020 edition concluded with an awards gala in the evening, celebrating both established and new players who had contributed to the media industry.

Commenting on the day’s success, Raz Islam, Managing Director of CPI Trade Media, commented: “We are proud to have been able to host the ASBU BroadcastPro Summit and awards despite the current situation and are delighted by the positive response we received from the industry. As one of the first face-to-face events that the industry has witnessed in recent months, we are delighted to have managed it well.”

-          Outstanding Initiative From a Satellite Company - EUTELSAT for Sat.tv

-          BroadcastPro ME Innovative Project of the Year - Asharq News