‘Prisoners of the Ghostland’ starring Sofia Boutella premieres at Sundance 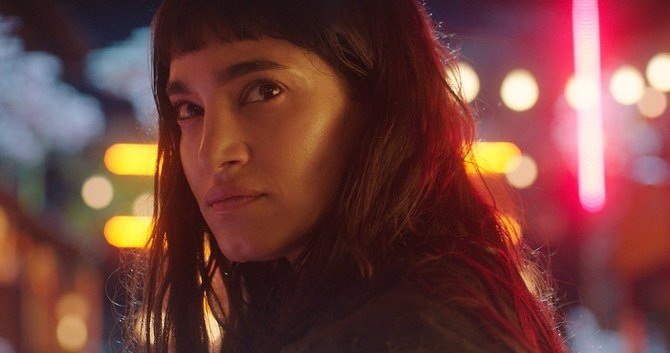 French-Algerian actress Sofia Boutella’s latest film is finally here. “Prisoners of the Ghostland,” starring Nicolas Cage, made its world premiere at the virtual 2021 Sundance Film Festival this week, and critics can’t get enough.

The film, which is Japanese director Sion Sono’s English-language debut, tells the story of a bank robber (Cage) who is freed from jail by The Governor (Bill Moseley) so that he can try and locate the latter’s missing adopted granddaughter Bernice, played by Boutella.

In order to earn his freedom, Cage’s bandit, identified only as “Hero” in the film, sets off to find the young woman — with the added pressure of being strapped into a leather suit that will self-destruct within five days.

With two films currently in production, Boutella has been extremely busy in recent months. In addition to “Prisoners of the Ghostland,” the actress is also part of the star-studded cast of  the upcoming science-fiction comedy “Alpha Gang.” She will feature in the film alongside an all-star cast that includes Andrea Riseborough, Jon Hamm, Nicholas Hoult, Charlotte Gainsbourg, Mackenzie Davis and Steven Yuen.

The film, which is in pre-production, is the brainchild of the Austin-based directing duo David and Nathan Zellner (the Zellner brothers) who gave us 2009’s “The Treasure Hunter.”

While there are no details on the specific characters, the forthcoming film revolves around a group of armed aliens that are sent on a mission to conquer Earth.

She is also set to star in “Settlers,” a Wyatt Rockefeller-directed science fiction film premiering in 2021.

Meanwhile, when she’s not on set for Hollywood blockbusters, the Algiers-born dancer-turned-actress can be found featuring in music videos and fashion films.

In November, the “Atomic Blonde” star was tapped by the Foo Fighters’ frontman Dave Grohl to depict an interpretation of a recurring dream that’s haunted the lead singer since his childhood for the rock band’s music video for “Shame Shame.”

More recently, the 38-year-old starred in a new campaign video for Parisian fashion label Chloe shortly after she made her catwalk debut at the storied French brand’s Spring 2021 show during Paris Fashion Week.