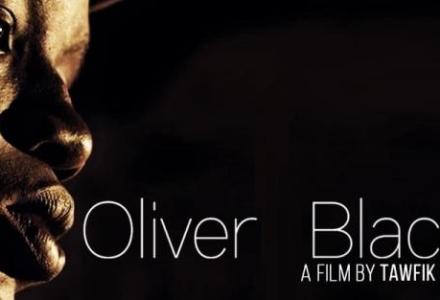 The Moroccan film “Oliver Black” will compete with 6 Arab works in the foreign films category among the works participating in the new edition of the “Golden Globe” award 2021.

“Oliver Al Asmar” is directed by Tawfiq Baba and stars Modu Mbou, Hassan Rishwi, Ilham Ojri, and Mohamed Al Kasheer. Where the young director enters the competition with his film for the International Prize, which is the first long cinematic experience in his career. After winning the Best Foreign Film Award at the Brazilian International Festival DE CINEMA DE ALTER DO CHAO, the Best Lead Actor Award for his hero Hassan Rishoy, and the Best Supporting Actor Award for Senegalese Actor Modu Nabao from the 21st edition of the National Film Festival in Tangiers.

“Olivier Black” tells the story of “Vendrodi”, a young African man who dreams of reaching Morocco and mastering the art of circus, but he wanders in an endless and cruel desert where there is no water or more.

The award ceremony will start on February 28, after the organizers of the ceremony announced in June 2020, the postponement of its date due to the emerging “Corona” virus.

It is noteworthy that the 6 Arab works that compete in the new edition of the Golden Globe are the film “Between Heaven and Earth”, by Palestinian director Najwa Najjar, and “200 meters”, from the script and directed by Palestinian Amin Nayfah, who abandoned nursing to cinema, and directed a number of films. Short and documentary.

Lebanon will participate with “C-Section” by David Orian, and “Broken Keys,” directed by Jimmy Keyrouz. As for Sudan, he will participate in the film “You will die in the twentieth”, directed by Amjad Abu Al-Ela. Meanwhile, Tunisia is participating in the movie “The Man Who Sold His Back” by Kawthar Ben Haneya.