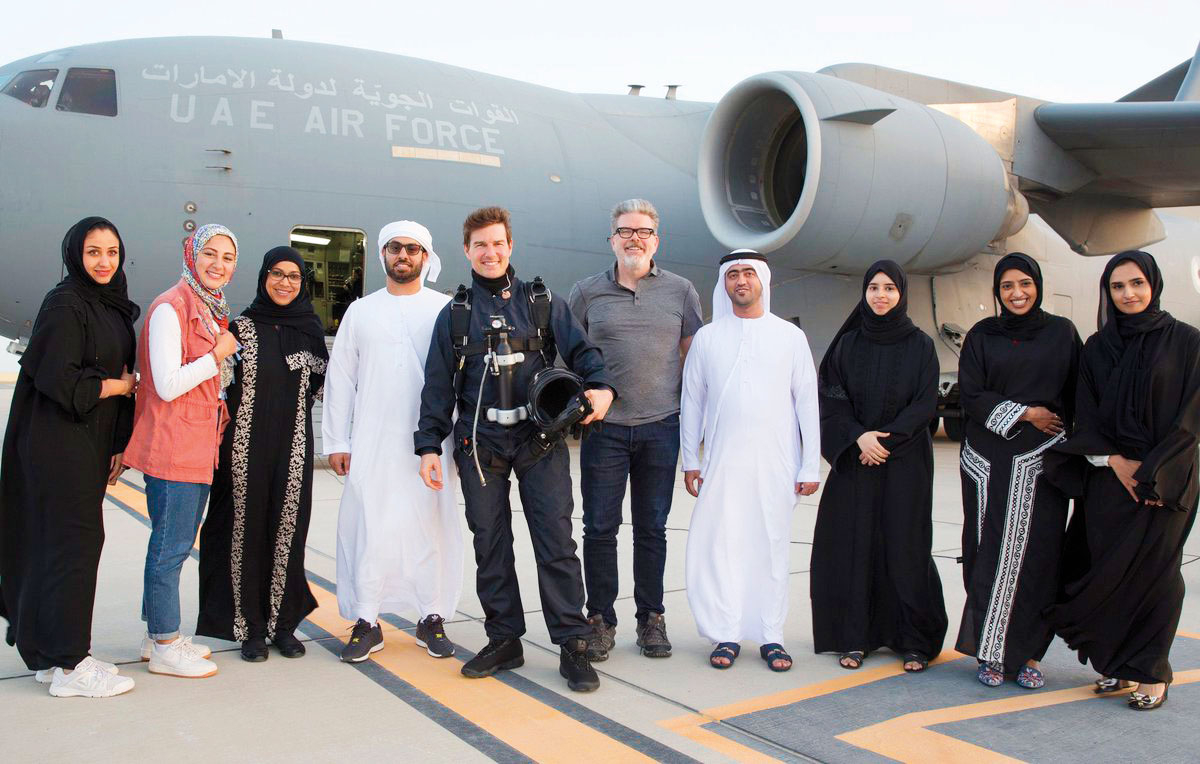 The director of “Mission Impossible 7,” Christopher McQuarrie, has taken to Instagram on Sunday to gush over his filming experience in Abu Dhabi.

The filmmaker has been in the UAE’s capital shooting scenes for his latest flick.

He wrote on Sunday: “Of the many challenges we’ve faced on our journey, none will be greater than outshining the gifts Abu Dhabi has given us.”

His message went on to thank everyone who helped the director and his team shoot the movie.

“On behalf of our entire cast and crew, sincerest and most heartfelt thanks to the Government of Abu Dhabi, His Excellency Mohamed Al Mubarak, the Abu Dhabi Film Commission, twofour54, Etihad Airways and CEO Tony Douglas, ADAC and CEO Shareef Al Hashmi, HM Ambassador to the UAE Patrick Moody, The United States Marine Corps and all of our incredible military personnel,” he wrote.

And, of course, thanks to our extraordinary local cast, crew and the very fine people of Abu Dhabi. We shall most sincerely miss you until we see you again,” McQuarrie added.

The crew has headed to London to work on “a few finishing touches,” according to McQuarrie.

Just this week, US superstar Tom Cruise, who plays the lead role in the film, was spotted at the Louvre Abu Dhabi, and one lucky fan got the chance to pose for a picture with the actor before sharing it on Twitter.

“Every time I meet him, he tells me, ‘I love Abu Dhabi, I love your country,” he said in the caption.