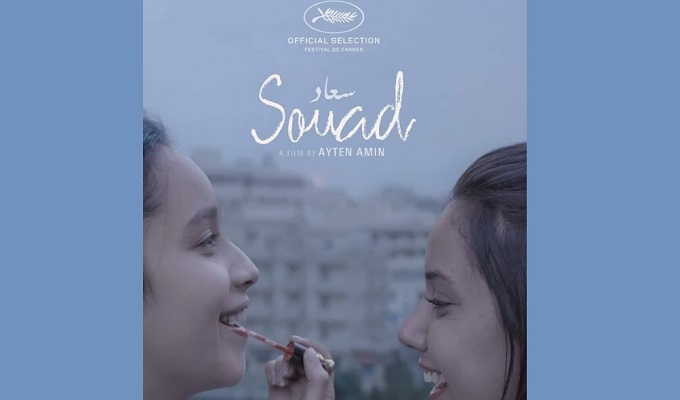 “ Souad” is directed by Ayten Amin and “Seven Years Around the Nile Delta” is directed by Sherif el Zoheiry.
The 71st edition of the festival will house two main events which are the Industry Event from March 1-5 and film screenings within the Summer Special from June 9-20.

Egyptian director Ayten Amin's new feature ''Souad'' has been announced an official selection at the Cannes Film Festival in 2020.

The film follows the story of two teenage sisters who live in a Delta city in Egypt.

One of them is leading a virtual life, which she keeps as a secret from their conservative family.

The film stars a number of acting talents casted from Egypt’s Delta cities, and has been shot in different cities outside of Cairo.

The film is distributed in the Arab world by Film Clinic Indie Distribution (FCID).

The film is co-written by director Ayten Amin and Mahmoud Ezzat in their second collaboration after ''Villa 69'' movie which was released in 2013, which received the Special Jury Award for a Film from the Arab World at the Abu Dhabi Film Festival.