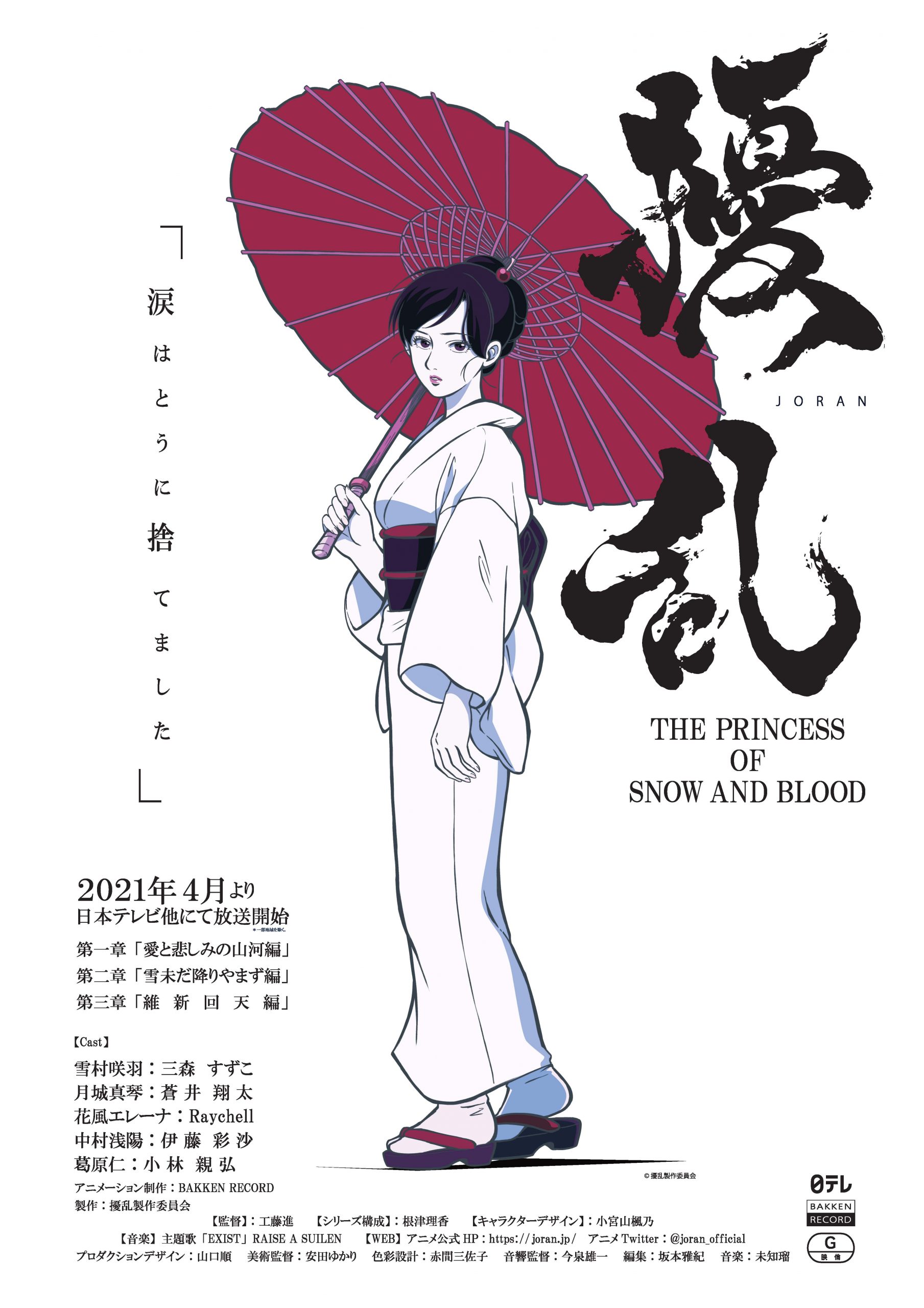 Medialink Entertainment Limited, a wholly-owned subsidiary of Medialink Group Limited is pleased to announce the latest pick up of the new titles, TSUKIMICHI -Moonlit Fantasy- and JORAN THE PRINCESS OF SNOW AND BLOOD from Nippon TV for the exclusive distribution rights in Asia territories (except Korea).

“TSUKIMICHI -Moonlit Fantasy-” is the first international anime series to be produced by Nippon TV’s Anime Department and Nippon TV is its international distributor. Medialink and through its own branded channel Ani-One, and other distributors Crunchyroll, and Aniplus network will distribute the series in approximately 200 markets.

This anime series is adapted from an award-winning novel and manga with the same title and written by Kei Azumi. This series follows a high school student summoned to another world and challenged by the forces he finds there. Tsukimichi was produced for Nippon TV by C2C Studios.

JORAN THE PRINCESS OF SNOW AND BLOOD anime series is an original story produced by BAKKEN RECORD, a newly established anime production label within the legendary Tatsunoko Production.

Ms. Lovinia Chiu, Chairman and Chief Executive Officer of Medialink Group, said, “We are so proud to be one of the key partners of Nippon TV for over 10 years, and we are pleased to distribute their international project in Asia markets. TSUKIMICHI -Moonlit Fantasy- and JORAN THE PRINCESS OF SNOW AND BLOOD are potential titles with strong genres. We look forward to strengthening the partnership with Nippon TV, and enhance our distribution to reach as many anime fans as we can in Asia markets through the networks of Medialink and our own Ani-One platforms.