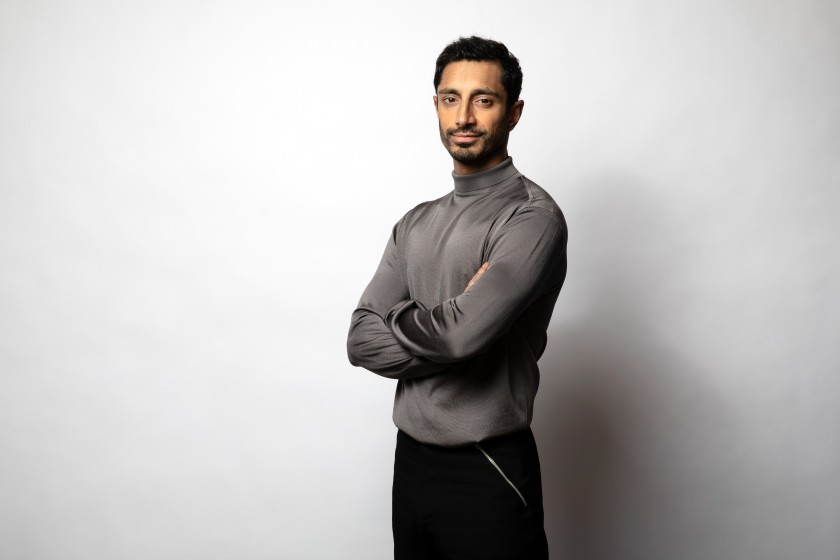 Riz Ahmed made history Monday as the first Muslim nominated for the Oscar for lead actor. He earned the nod for his role in “Sound of Metal.”

Actor Mahershala Ali became the first Muslim actor to win an Oscar when he took home the statuette for supporting actor for “Moonlight” in 2017 and won the same prize in 2019 for “Green Book.”

Ahmed previously was the first Muslim, and first Asian, to win a lead acting Emmy in 2017 when he picked up the prize for lead actor in a limited series or movie for “The Night of.” The 38-year-old British-Pakistani actor’s Oscar nomination alongside Steven Yeun for “Minari” makes it the first time two actors of Asian descent have been nominated for lead actor in the same year.

In an interview on Monday, Ahmed spoke about what it means to him to have achieved these historic firsts.

“To be honest, I just feel like however people can find themselves in this moment, however they can find a connection to this moment, is beautiful to me,” he said. “Some people may connect to the fact that it’s the first Muslim, some people might say British Pakistani, some people might say first person from Wembley in London, what matters to me is that these moments of celebration, these moments of collective recognition, are actually moments where as many people as possible can recognize themselves in it.

“And so that’s all that really matters to me,” Ahmed said. “And I’m really pleased if this is an opportunity for more people than ever before to connect to a moment like this.”

Ahmed also has been seen in films such as “Rogue One,” “Venom,” “The Sisters Brothers,” “Nightcrawler,” “Four Lions” and the recent “Mogul Mowgli,” which he also co-wrote. He also has a career as a rapper and musician and in 2020 released the album “The Long Goodbye.”

In “Sound of Metal,” Ahmed plays Ruben, a rock ’n’ roll drummer and recovering addict whose life is sent into a tailspin when he loses his hearing. Ahmed spent the better part of a year preparing for the role, learning drumming and American Sign Language and attending Alcoholics Anonymous and Narcotics Anonymous meetings.

Prior to the Oscar nomination, “Sound of Metal” had already earned Ahmed nominations for the Golden Globe, SAG Award, Spirit Award and BAFTA for lead actor. He won the Gotham Award and numerous critics prizes.

Directed by Darius Marder, the film premiered at the Toronto International Film Festival in September 2019, where it was picked up for distribution by Amazon Studios for release in November 2020.