'Tell Them, I Am': Barack and Michelle Obama to produce Ramadan podcast series for Spotify 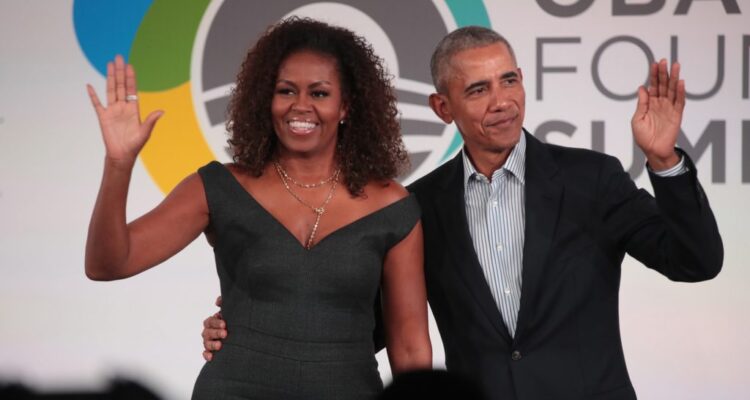 Barack and Michelle Obama are behind a new podcast that aims to shed light on diverse Muslim experiences.

Announced on Monday as part of Spotify's Stream On live event, the former president and first lady's company, Higher Ground Productions, will release Higher Ground: Tell Them, I Am exclusively on the platform during Ramadan.

Hosted by Pakistani-American Misha Euceph, the series, which launches on April 12, comprises a collection of interviews with US Muslim activists, artists, actors, performers and athletes.

While the series originally began in May 2019 under the name Tell Them, I Am, the new reboot is poised to provide the show with its biggest audience yet, thanks to the Obamas' backing.

"The stories are universal and the guests are all Muslim," Euceph said during the Stream On session. "The ultimate goal is for people to feel something for them and to fall in love with the people that they are listening to without ever thinking about who they are and what they look like."

Previous episodes of Tell Them, I Am include interviews with actor Ramy Youssef, hip-hop dancer Amirah Sackett and novelist G Willow Wilson.

Higher Ground: Tell Them, I Am is one of three productions the Obamas are working on for Spotify.

The Michelle Obama Podcast returns this year after its debut 10-episode season in September 2020.

"What I love about these conversations is that they are topics and issues that we are all dealing with, no matter what is going on," Michelle said. "Whether that is a global pandemic or a nationwide reckoning with race."

The first two episodes are available on Spotify.