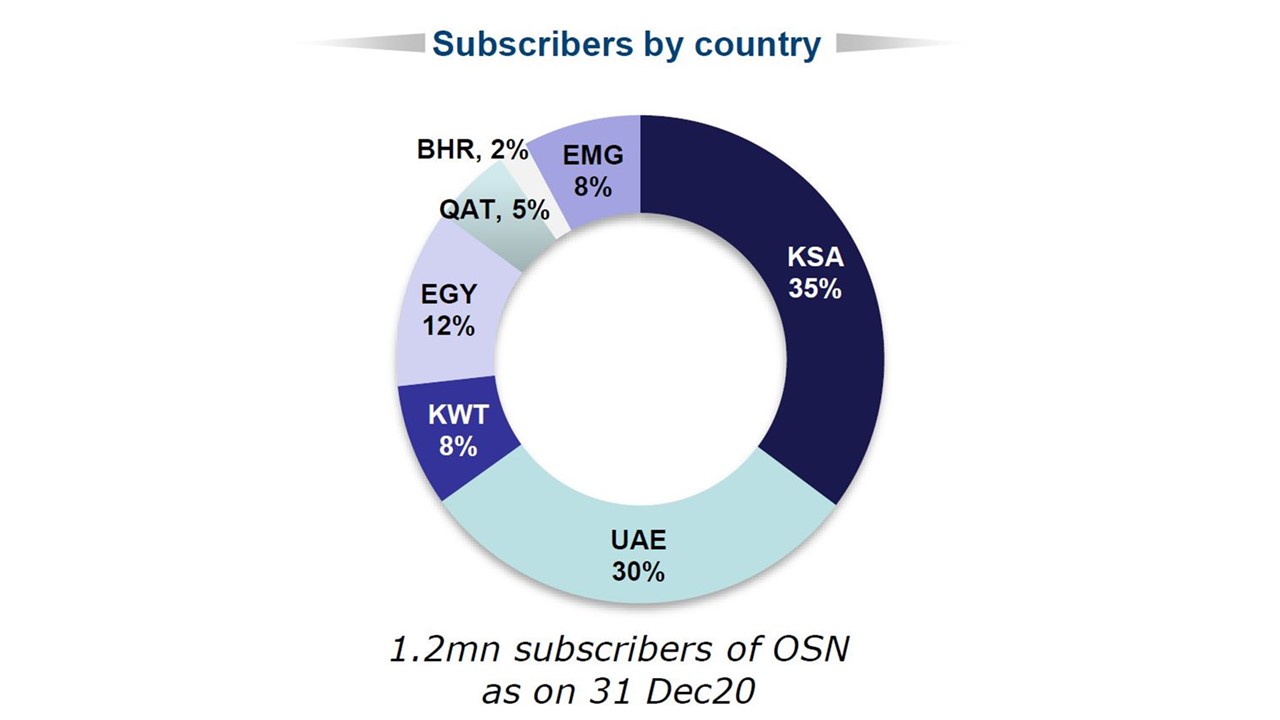 OSN is referred to as “the largest pay-tv and on-demand video provider in MENA operating across multiple platforms” (DTH, IPTV, streaming and commercial distribution), with 1.2 million subscribers according to the March 2021 report, with over 400k subs in Saudi Arabia and over 350k subs in the UAE.

The report also mentions that OSN maintains exclusive contracts for 1st pay window on Pay-TV and SVOD with 7 Hollywood studios, although the studios in question are not named.

By 2018, OSN had grown to occupy two large buildings in Dubai Media City and several regional offices, with headcount peaking at around 2,500 employees. Since then the company has undergone a massive restructuring programme, resulting in a reduction of over 70% in staff numbers: the new, streamlined OSN now employs about 720 people (according to the March 2021 presentation). This number is more or less the same as Showtime’s staff numbers in 2008 prior to its merger with Orbit.