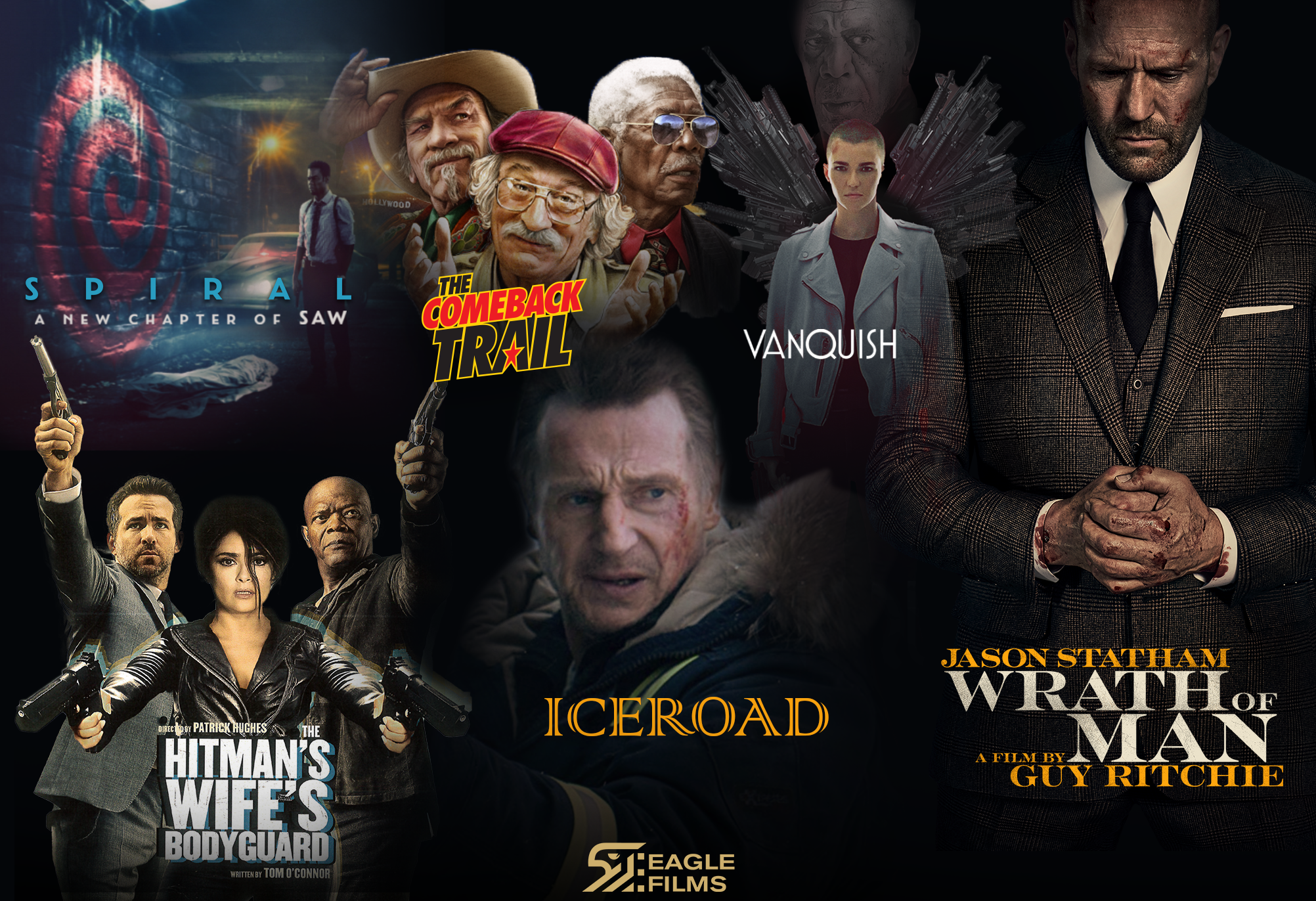 This summer hold on to your seats and follow the buzz. Eagle films unleash its summer blockbuster Hollywood action, thriller, horror and comedy lineup.

Jason Statham returns to the gangster genre in “Wrath of Man” for the acclaimed director Guy Ritchie. The film follows a mysterious and wild-eyed new cash truck security guard (Jason Statham) who surprises his coworkers during a heist in which he unexpectedly reveals precision skills. The crew is left wondering who he is and where he came from. From action to horror with “Spiral: From the new Book of Saw” marks the ninth sequel of the Saw Franchise with a new spinoff. Working in the shadow of his father, an esteemed police veteran (Samuel L. Jackson), brash Detective (Chris Rock) and his rookie partner (Max Minghella) take charge of a grisly investigation into murders that are eerily reminiscent of the city’s gruesome past.  Eagle Films second action movie this summer is “Hitman’s Wife Bodyguard”, the sequel of the 2017 box-office hit, “The Hitman’s Bodyguard”. Three years after the events of the original film, bodyguard (Ryan Reynolds) continues his friendship with assassin (Samuel Jackson) as they embark on a new adventure to save Jackson's wife (Salma Hayek) from new threats.

Another upcoming action-packed movie; “Vanquish”. (Morgan Freeman) is a corrupted retired police commissioner who runs his city with an iron fist. When one of his loyal henchmen is murdered, he recruits an agent (Ruby Rose) to collect millions of laundered money in one night and she soon discovers the retired Police Commissioner sinister plans. “The Ice Road” Liam Neeson’s action thriller flick is also due this summer following the success of Honest Thief released late last year. The movie is written and directed by “Die Hard With A Vengeance” and Armageddon scribe Jonathan Hensleigh. A story of a rescue mission over a frozen ocean to save trapped miners in a collapsed diamond mine in the far northern regions of Canada. From action to comedy; if anyone can make a comedy movie, it’s Robert De Niro alongside with Morgan Freeman and Tommy Lee Jones, “Comeback Trial”. An unethical film producer plans to cash in an insurance policy by bumping off his leading man.

Rapidly evolving since the 1990s, Eagle Films has already perched in the ideal position as an international distributor and state-of-the-art producer. Our market-specific insight, solid partnerships, and dedication to quality have enabled us to open our wings as a globally recognized motion-picture enterprise and trailblazer in the new digital entertainment space. Our Library of over 2700 movies include an ensemble of renowned franchise movies, to name a few; Escape Plan, The Hunger Games, The Expendables, Saw, Now You See Me, Has Fallen(Olympus, London, Angle), Mechanic, Twilight, Red, Crank, and others. Per annum, we distribute over 200 Hollywood movies of which 40% are released theatrically, putting our distribution arm at 45% of the market share