Fugitive gets exclusive rights to distribute M-Net and Showmax originals 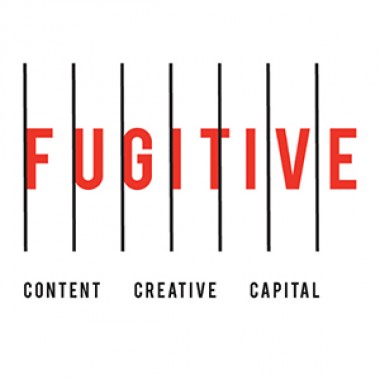 These shows include the crime thriller, Lioness, the telenovela, Legacy, as well as the new psychological thriller, Dam. In addition to these titles, Multichoice is also preparing nine other titles, that are in various stages of production, for the 2021-2022 fiscal year.

Lioness is a gripping 10-part crime thriller led by Shannon Esra (star of Still Breathing). The series follows a woman who is incarcerated after being framed for fraud by her own husband, who she believed to be dead. Esra is joined on screen by a myriad of high-profile actors such as Jacques Bessenger (Kanarie, Krotoa), Frank Rautenbach (The Bang Bang Club), Nokuthula Ledwaba (The River), Gerald Steyn (Trackers), Joshua Eady (Bring It On: Worldwide #Cheersmack) and SAFTA-nominated star of Homeland, Fiona Ramsay.

The hit telenovela, Legacy, follows the mega-rich Price family as a battle ensues to be the new head of the empire that the family patriarch built. Legacy is produced by SAFTA award-winning company and driving force behind The River, Tshedza Pictures and the cast includes Deon Lotz (Skoonheid, Mandela: Long Walk to Freedom), Michelle Botes (Binnelanders) as well as SAFTA winners Kgomotso Christopher (Scandal!) and Mary-Anne Barlow (The River).

Dam is a mystery thiller that tells the story of Yola Fischer, who returns from Chile to her father’s farm after he passes away, only to realise that something supernatural lingers on the property. The cast is led by Lea Vivier, the Silwerskermfees award-winning star of the hit South African film, Wonderlus. She is joined by Pallance Dladla (SAFTA-winning star of Isibaya and Is’Thunzi), SAFTA winner Antoinette Louw (An Act of Defiance), Gerald Steyn (Meisies Wat Fluit, Lioness) and Neil Sandilands (The 100, Orion).

Speaking about the deal, Anthony Kimble, Fugitive’s founder has said: “South Africa is a rapidly growing creative hotbed, producing riveting, world-class original drama that the rest of the planet really should be watching. MultiChoice is leading the field, so we are delighted to strike this partnership and take M-Net and Showmax titles out to international audiences hungry for original stories, intriguing backdrops and distinctive, fresh new voices.”

Mauro Black, director content sales and distribution at MultiChoice comments: “We are excited to announce this new partnership with Fugitive. Anthony knows the South African creative community, he has a terrific appreciation of the series we are producing, and fully supports our Originals strategy. It is helpful to now add his extensive international development, co-production and sales experience into the mix as we look to build up our rapidly expanding slate with both global partners and audiences in mind.”

Fugitive will also be working closely with the MultiChoice team to help secure future co-productions and pre-sales from the international marketplace for titles on the expanding originals’ slate.